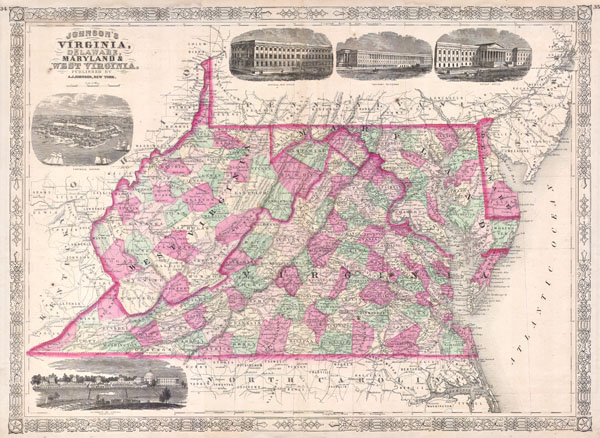 This is a beautifully hand colored 1864 lithograph map of the Virginia, Delaware, Maryland and West Virginia. This important map appeared shortly after the close of the American Civil war. This edition of Johnson's map is decorated with numerous engravings depicting important ports and government buildings including the University of Virginia, Fort Monroe, the General Post Office, the Treasury Building and the Patent Office. Map is dated and copyrighted 'According to Act of Congress in the Year 1864 by A. J. Johnson in the Clerks Office of the District Court of the United States for the Southern District of New York.'