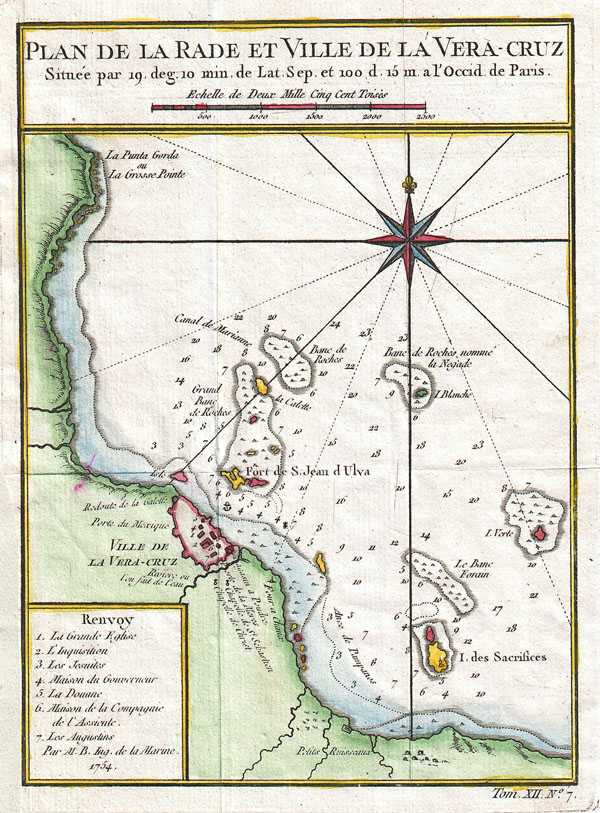 This hand colored map is a c. 1754 map of the Veracruz, Mexico. Attributed to French cartographer Jacques-Nicholas Bellin, this map was issued for the French edition of Provost's Histoire des Voyages…. Beautifully rendered mountains and coastlines show the area in considerable detail. Details the Ville de la Veracruz, labeling many of the city's most important buildings, including the 'Grand Eglise,' the office of the Inquisition, the house of the Jesuits, the governor's home, 'La Douane,' the 'Maison de la Compagnie de l'Assiente,' and the house of the Augustans. Also notes the Fort of St. Jean d'Ulua. This gigantic fort was the base of Spanish operations in Mexico for over a hundred years before being converted into a prison and, ultimately, a museum. Offers numerous depth soundings and indicates various shoals and other undersea dangers