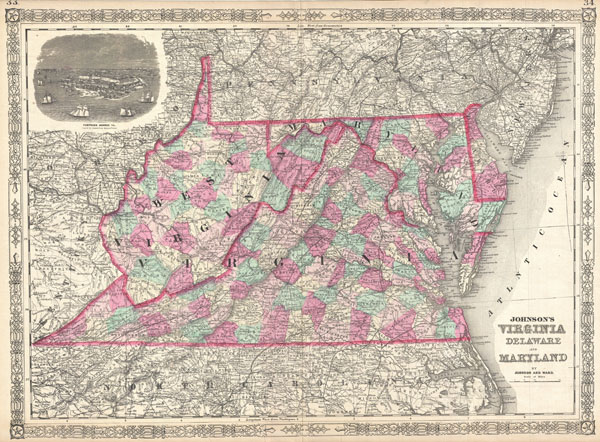 This is a beautifully hand colored 1864 lithograph map of the Virginia, Delaware, Maryland and West Virginia. Map shows cities, counties, topographical features, railways, ferries and roads with color coding at the county level. Due to the events of the American Civil War and the separation of Virginia and West Virginia, Johnson's map of this region went through numerous different editions from 1861 onwards. This edition, 1864, is particularly ephemeral and features an engraved view of Fortress Monroe, Virginia.