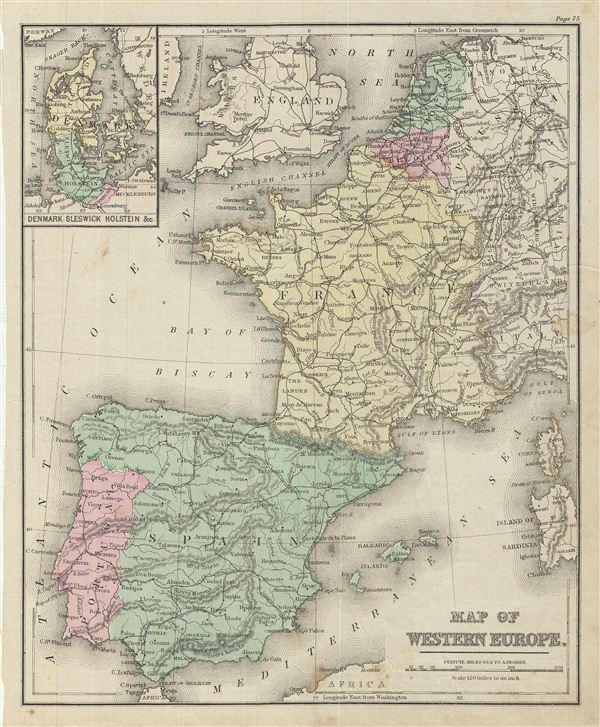 This is an example of David M. Warren's 1879 map of Western europe. It covers from the southern portion of england to the Strait of Gibraltar and includes Holland (the Netherlands), Belgium, France, Spain, Portugal and the islands of Corsica and Sardinia. Parts of england, Ireland, Germany (Prussia), Switzerland and Italy are also included. An inset in the upper left quadrant details Denmark, Sleswick, Holstein & C.

During this time, Spain was going through a period of Restoration. Alfonso XII was named king in 1874, ending the First Spanish Republic. During his reign, the Spanish economy, which was lagging behind the rest of europe, started flourishing.

Throughout, the map identifies various cities, towns, rivers, islands, mountain passes and an assortment of additional topographical details. The map is color coded according to regional and political boundaries with elevation rendered by hachure. Issued as page 75 in the 1879 edition of Warren's Common-School Geography.

Very good. Even overall toning. Text on verso. Verso repair at few places near bottom margin. Some foxing.
Looking for a high-resolution scan of this?