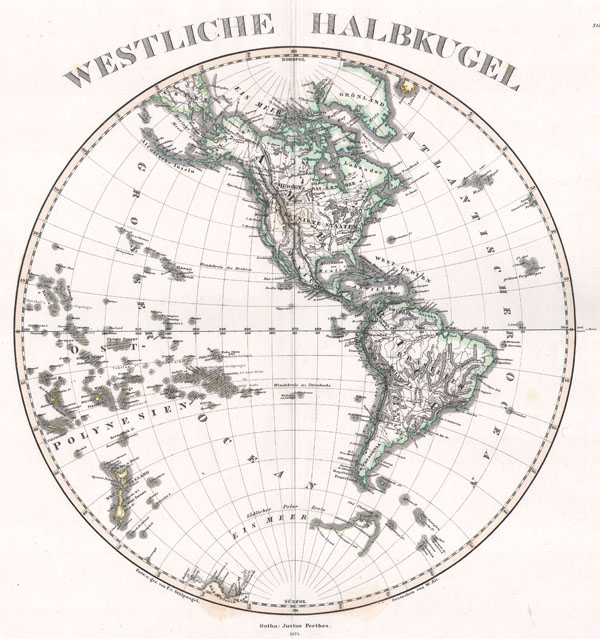 This superb map is a copperplate engraving, dating to 1873 by the famed German mapmaker Adolf Stieler, describing the Western hemisphere. All national and political boundaries are clearly outlined in vibrant color. Further, all notable mountains, swamps, passes, islands, and bodies of water are labeled. All labels are in German. This map is signed Gotha Justus Perthes and dated 1873. This stunning map is a copper platecolor engraving with a deep indicative platemark in the wide outer margins. It is exceedingly and precisely detailed. Each major region is carefully outlined in hand applied color washes. Stieler's maps, particularly those from the 1870s are renowned for their impressive attention to detail. Every aspect of the terrain, from mountains and river to political boundaries are precisely described. Some Stieler's map even indicate relative ocean depths and submarine geography. Printed on only the highest quality paper, Stieler's maps were made to last.