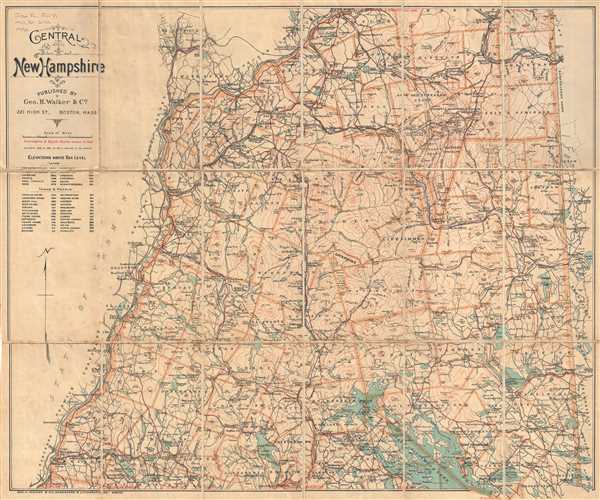 Detailed map of the White Mountain region in New Hampshire.

This is a 1903 George H. Walker map of the beautiful White Mountains region of central New Hampshire. The map depicts from the Vermont/New Hampshire state line to the Maine/New Hampshire border and from Berlin, New Hampshire to Lake Winnipesaukee (Winnipiseogee). Townships are illustrated and labeled. Clearly drawn with the recreational traveler in mind, 'automobile and bicycle routes' snake across the map in red ink. Several different railroads, including the Boston and Maine and the Maine Central, are also depicted. Lakes dot the map and Lake Winnipesaukee dominates the bottom border. The topography of the region is illustrated by hachure; elevations are labeled, with the summits of certain mountains included.

This map was produced by George H. Walker and Company in Boston in 1903.