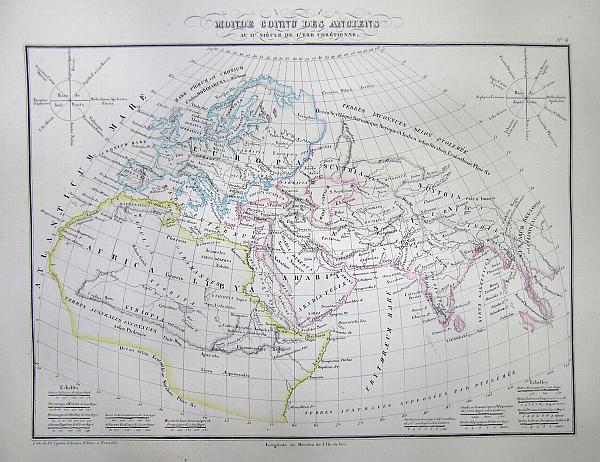 This beautiful 1837 hand colored map depicts the world as it was known to the ancients c. 1100 B.C.E. Includes Europe as well as parts of Asia and Africa. Many of the features in Africa are entirely mythological. All text is in French.