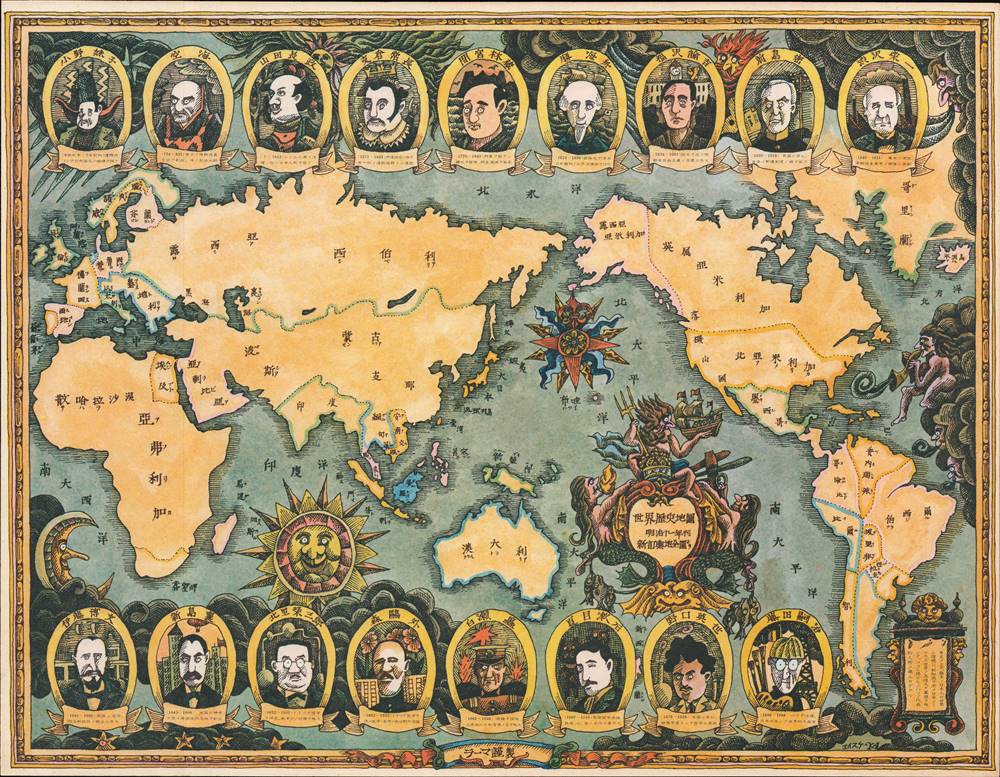 Charting Japan's Interactions with the World

This is a pictorial take on an 1878 map with contemporary empires and territories, such as Austria-Hungary, though the original map was a bit out of date, as it marks Alaska as 'Russian America.' A brief explanatory note at bottom-right talks about Japan's development of knowledge about the world and the role of important figures, like those drawn along the top and bottom, in Japan's exchange with the outside world.

The cartoon portraits are, in order from top-left:

This map was published in the September 23, 1979 (Showa 54) edition of the Asahi Shimbun. No other publication information is available. The map is not cataloged in the holdings of any institution and has no known history on the market. Asahi published an atlas of world history with a similar title as this map in the same year, but the atlas appears to be a translation of the The Times Atlas of World History from the British publisher Times Books Ltd., and it is unlikely there is any relationship between this map and the translated atlas.