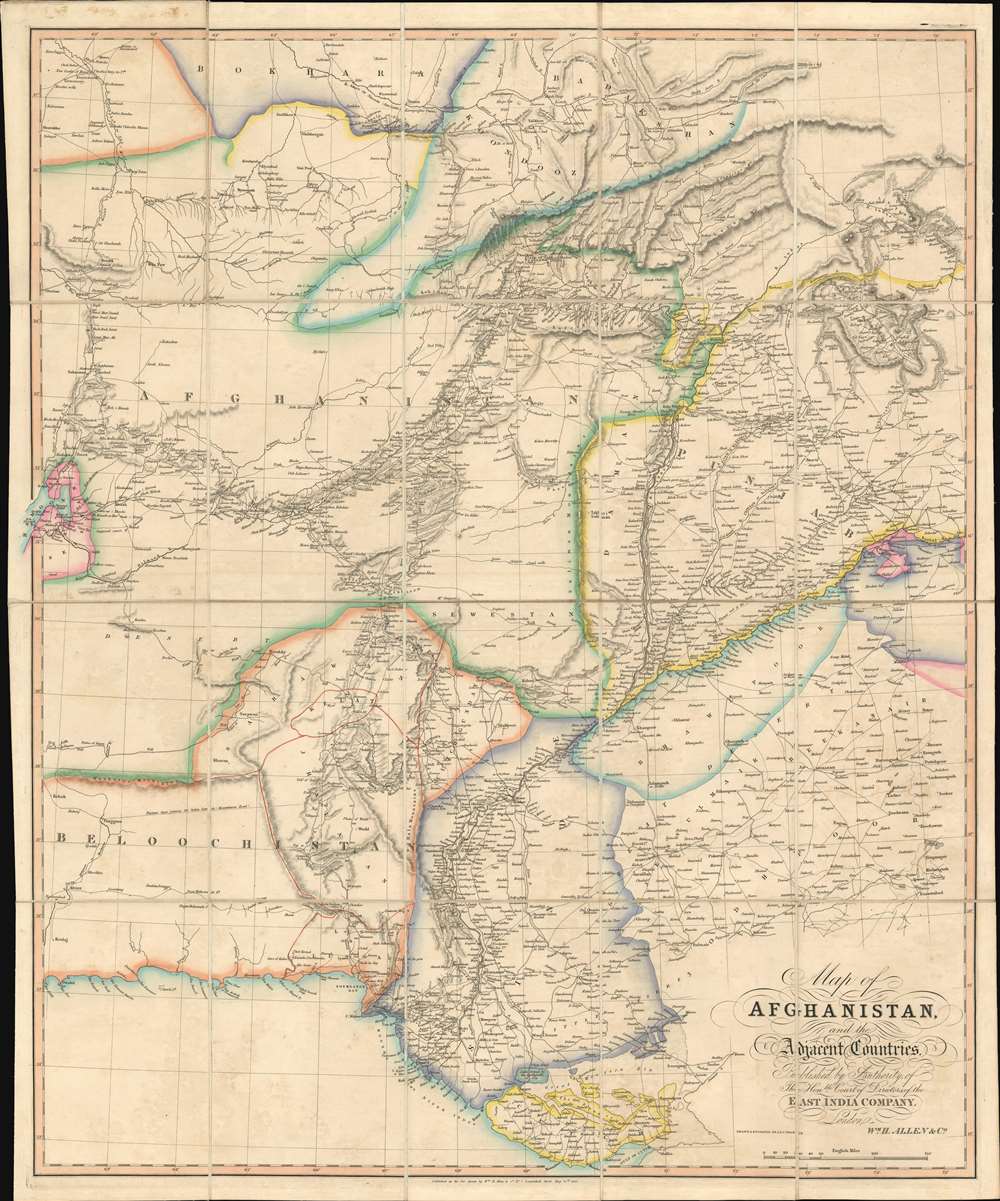 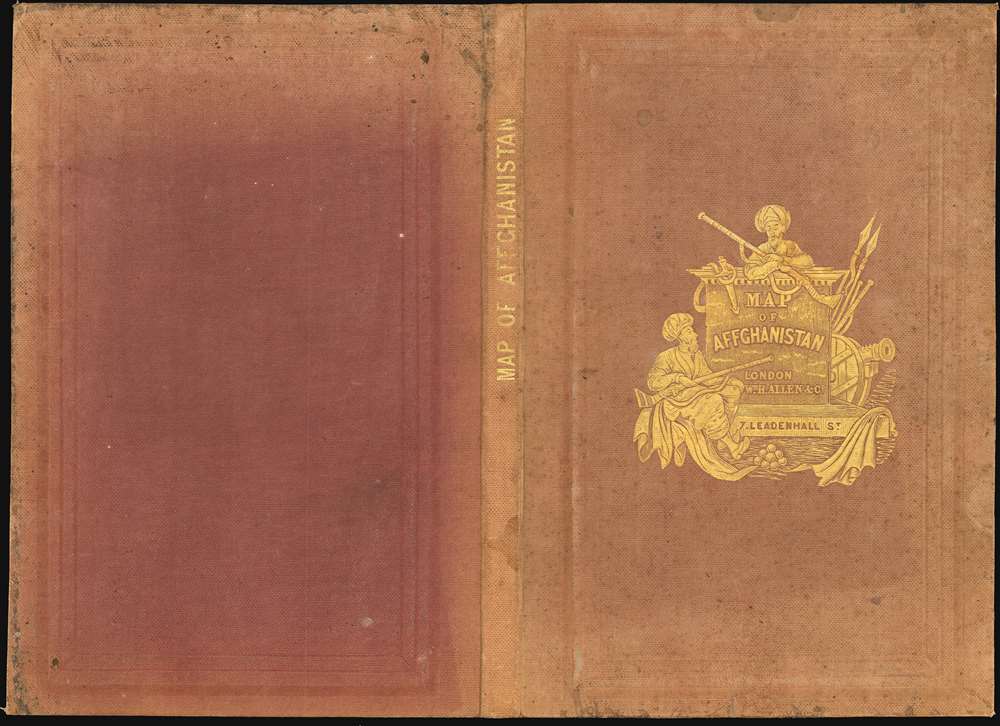 This is an 1842 Allen map of Afghanistan and its surrounds, showing the theatre of the First Anglo-Afghan War: the first major conflict of ‘The Great Game’ for British control of India. It was printed just four months after the disastrous Retreat from Kabul. Not only are the passes between Kabul and Peshawar shown in detail but the infamous 'Khyber Pass' is labeled clearly. (surpassing other contemporaneous maps of the area ) that it seems clear that the map reflects the best British understanding of Afghanistan’s geography at the time of the conflict.

The map extends from the Gulf of Oman and the Gulf of Kutch northwards to the Emirate of Bukhara, and Badakhshan: it reaches from the endorheic basin of Lake Hamoon in eastern Iran and reaches 'Little Tibet' In the Himalayas, Kashmir, and Lahore. The whole of the map is detailed, but the Indus River Valley and the area between that river and the Hindu Kush are shown with particular granularity. Many cities and the roads connecting them are clearly marked, with hand color delineating the borders between the provinces.

The Exile of Dost Muhammad

This map is rare, having been published separately to supplement James Atkinson's 1842The Expedition into Affghanistan. We find only seven examples of this 1842 map listed in OCLC, and two separate examples of an 1844 edition. It appears that this second edition was sometimes included in W. H. Allen's A Gazetteer of the Countries Adjacent to India on the North-West although we do not find a digitized example with the map present

William H. Allen (1788 - 1862? ) was a bookseller and publisher in London, England, whose company (founded around 1835) would develop a special relationship producing maps for the British East India Company, whose offices shared the same street as the publishers' Leadenhall Street address. Nothing is known of his early education, but he was admitted to the London Company of Stationers as a bookseller in 1817 and would become member of a publishing partnership, joining Black, Kingsbury, Parbury and Allen, in 1818. This would evolve into Kingsbury, Parbury, and Allen in 1822, and again into Parbury, Allen, and Co. in 1827. All of these were based in Leadenhall Street. Learn More...