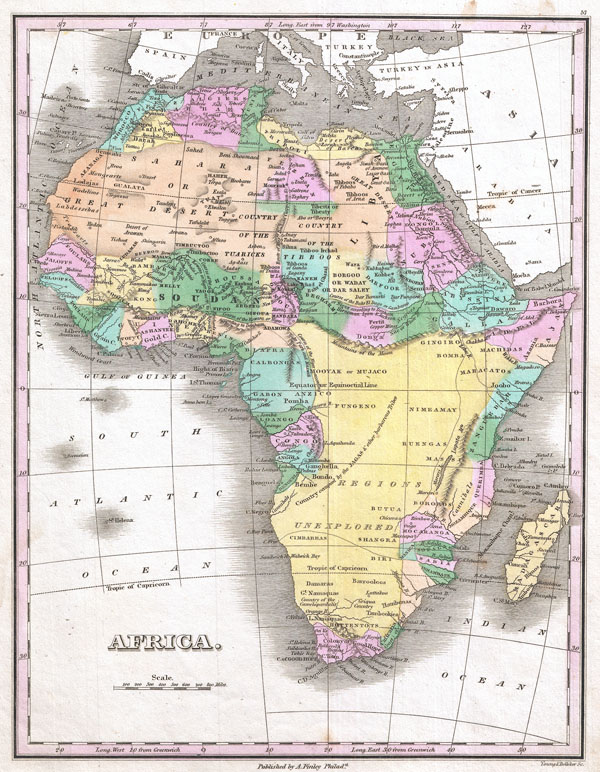 Africa on the cusp of European exploration into the interior.

A beautiful example of Finley's important 1827 map of Africa. This uncommon map predates the explosion of African exploration that occurred in the mid 19h century. Much of the interior remains unknown. The Ptolemaic Mountains of the Moon are drawn stretching across the central part of the continent with the suggestions that they are the source of several branches of the Nile. Several speculative courses are drawn for the Niger River, one of which joins it to the Nile, another of which flows south of the Mountains of the Moon into the Congo, and yet another of which, correctly, bends southwards to empty into the Bight of Biafra. Identifies numerous African tribes throughout, including the Pomba, Jaga, Tbook, Tuareg, Tibboos, Bambara, and others. Also identifies a land of Cannibals in Mozambique. Title and scale in lower left quadrant. Engraved by Young and Delleker for the 1827 edition of Anthony Finley's General Atlas.