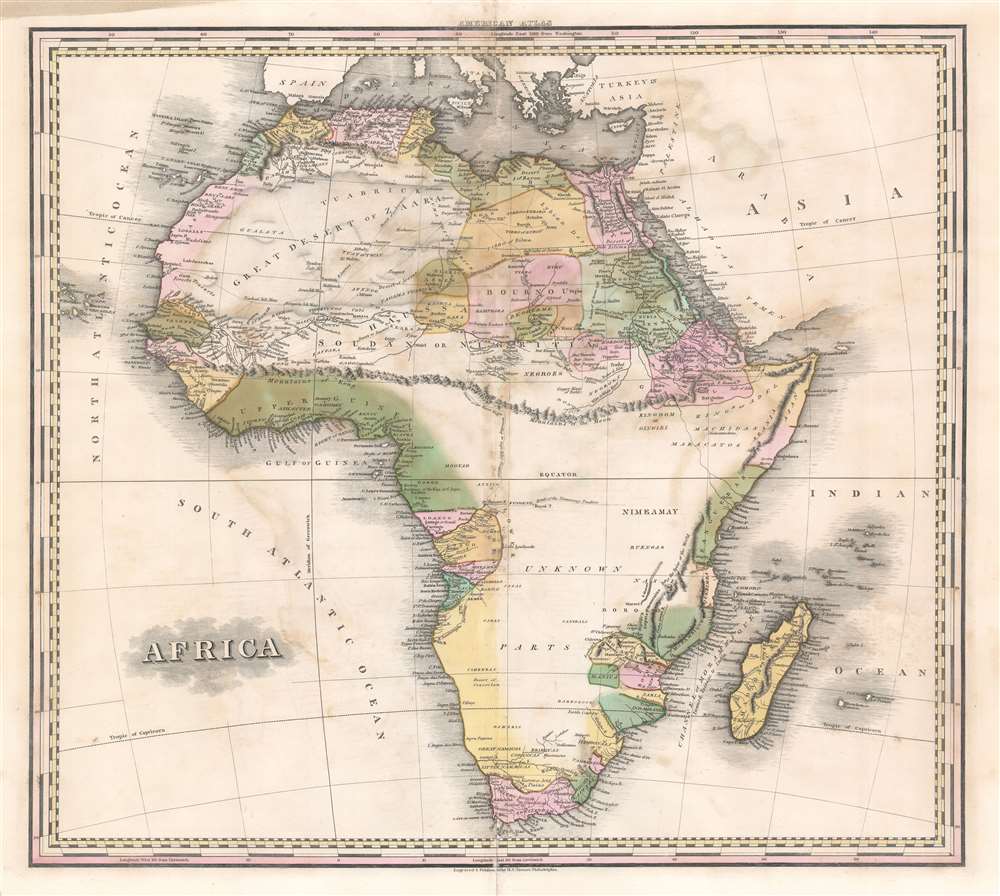 This is an 1823 first edition Henry Schenck Tanner map of Africa. Depicting the entire continent, Tanner's map visually represents the extent of Western knowledge of the dark continent - called so because of the general lack of knowledge about it in European mapmaking circles. The regions along the coast exhibit a high level of detail, with different nations and regions illustrated in different colors. The Nile and Niger river systems, both of which had been extensively explored and mapped, are depicted in detail. Other important aspects of African geography are depicted, including Lake Malawi (L. Maravi), Zanzibar, and Pemba Island. At this point in history Zanzibar was very wealthy and a valuable property under the Sultanate of Oman as it was the main slave market for the Swahili Coast during the 1830s. The interior of the continent, however, displays much less detail. Cities along the Niger, such as Timbuktu, are identified, but the Sahara (Zaara) is rather blank, and the interior of sub-Saharan Africa is labeled simply as 'unknown parts'.