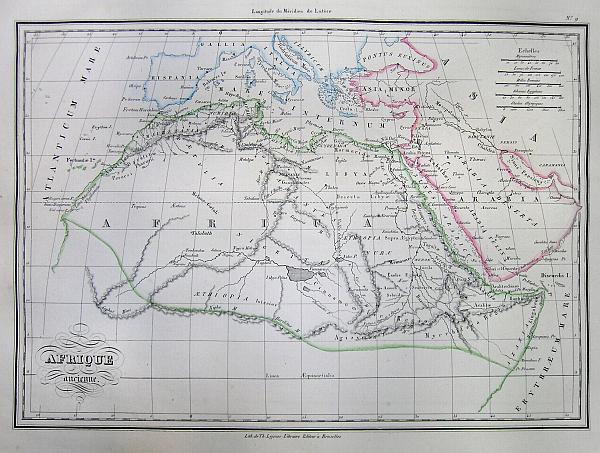 This is a beautiful 1837 hand colored map northern Africa in Ancient times. Depicts the various ancient kingdoms as well as offering good detail of the deserts – some of which is entirely mythological. All text is in French.