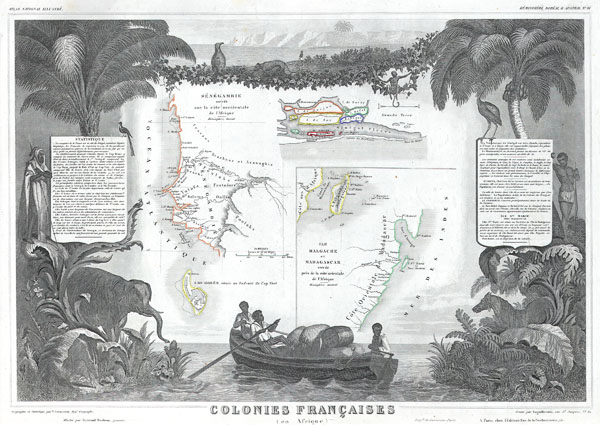 This is a fascinating 1847 map of the French colonies of Madagascar, Senegal, and the Gambia, is divided into two sections: Madagascar and Senegambie. Senegambie features a close up of the Senegal River and the Island of St. Louis. The Madagascar section features an inset of the coast. The whole is surrounded by elaborate decorative engravings designed to illustrate both the natural beauty and trade richness of the land. There is a short textual history of the regions depicted on both the left and right sides of the map.