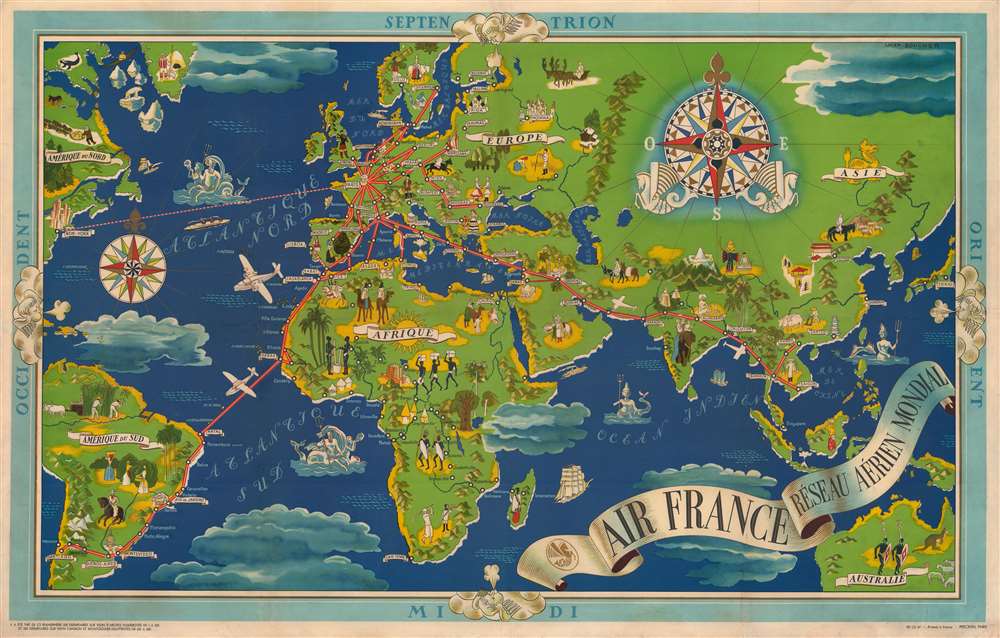 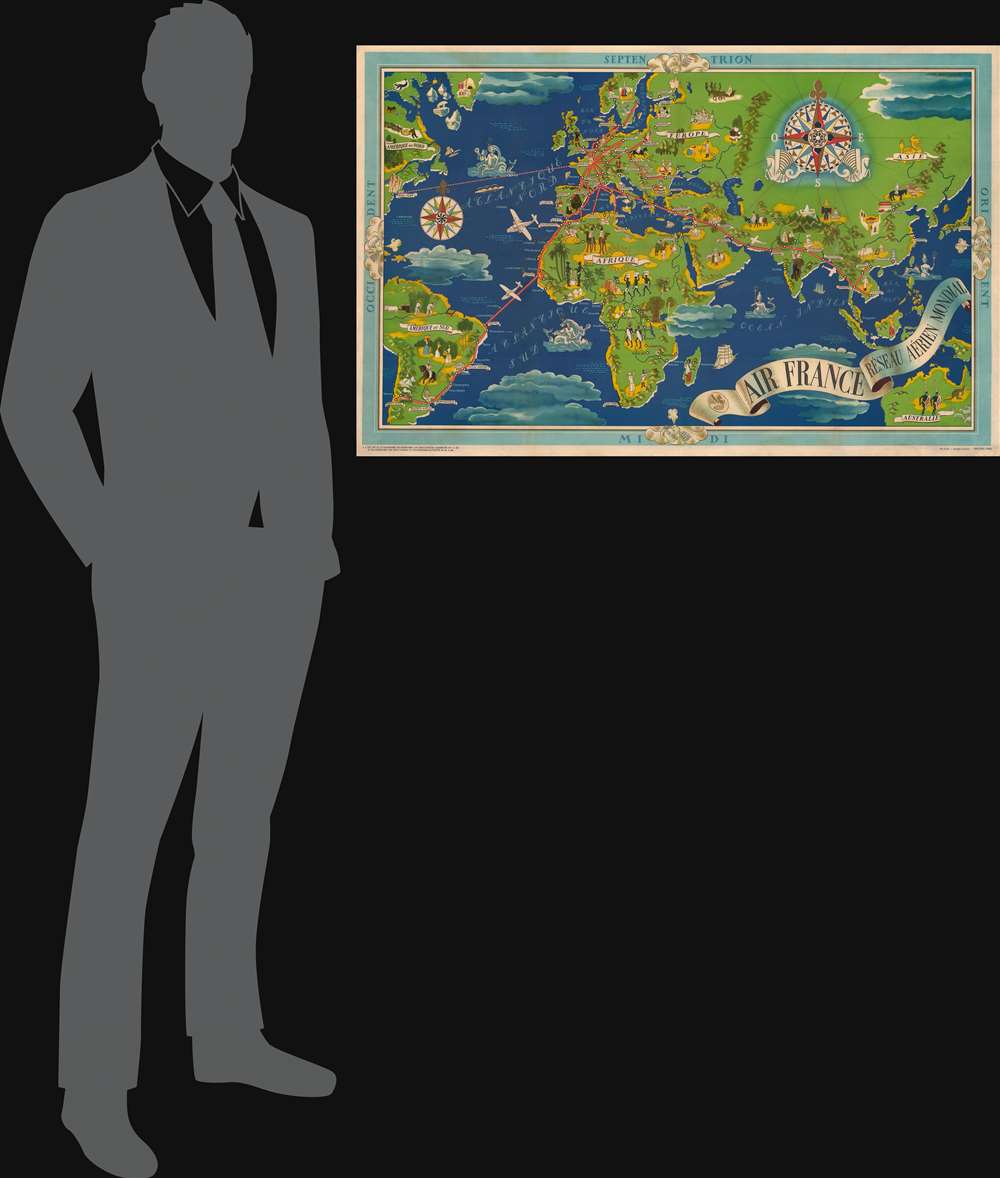 This map was drawn in 1937 by Lucien Boucher and published by Perceval in Paris for Air France. There were a total of 600 printed, all numbered. Number 1 to 250 were issued on Arches Paper, while the remaining sheets, from 251 to 600, were issued on Canson and Montgolfier Paper. The present example, no. 291, is part of this latter group. It is unclear how many have survived as this is one of Boucher's rarer Air France maps. We note two cataloged examples: the David Rumsey Map Collection and the National Air and Space Museum.