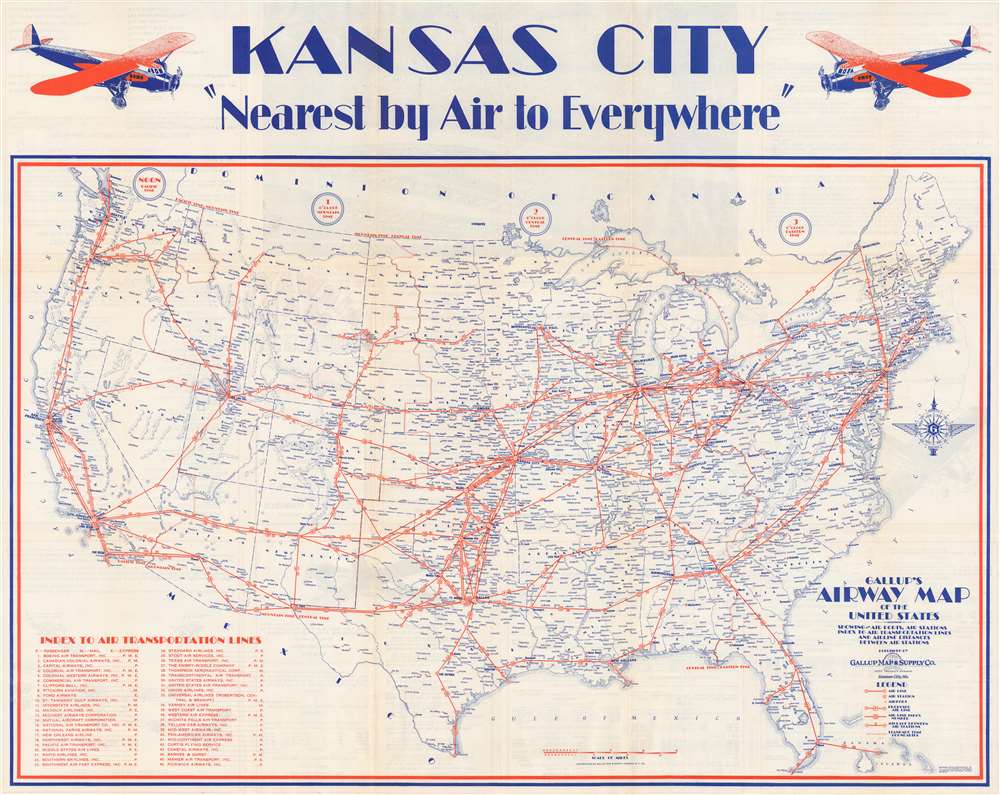 This is a 1928 Gallup Map and Supply Company map of the United States promoting Kansas City as a hub of national aviation. Centered on Kansas City, 'Nearest by Air to Everywhere', the map covers the whole of the Untied States. Bold red lines highlight air transportation routes to and from Kansas City , with icons reminiscent of highway signs identifying which companies flew along each line. These icons correspond with an index situated in the lower left corner that lists forty-six different air transportation companies and informs the viewer whether the line operates passenger, mail, or express service, or some combination of the three. In some cases, multiple companies fly the same route, although many of the routes listed are operated by only one company. Air stations along the routes are marked by large circles and labeled. Airports are also marked by smaller red circles It is unclear, however, exactly what the distinction is between air stations and airports.

This map was created and published by the Gallup Map Company c. 1928. We are aware of two examples of maps bearing the same name and publisher present in the institutional collections at Penn State and Kansas State, but we have not seen images of either map, so it is unclear whether or not these institutional examples are the same map or similar editions published by the same company.

Gallup Map and Supply Company (1875 - present) is an American map company founded in Kansas City, Missouri in 1875. Originally, the Gallup Map Company created local street atlases and wall maps and, with the advent of cell phones and GPS, have transitioned into creating reproductions of historical and vintage maps. Learn More...