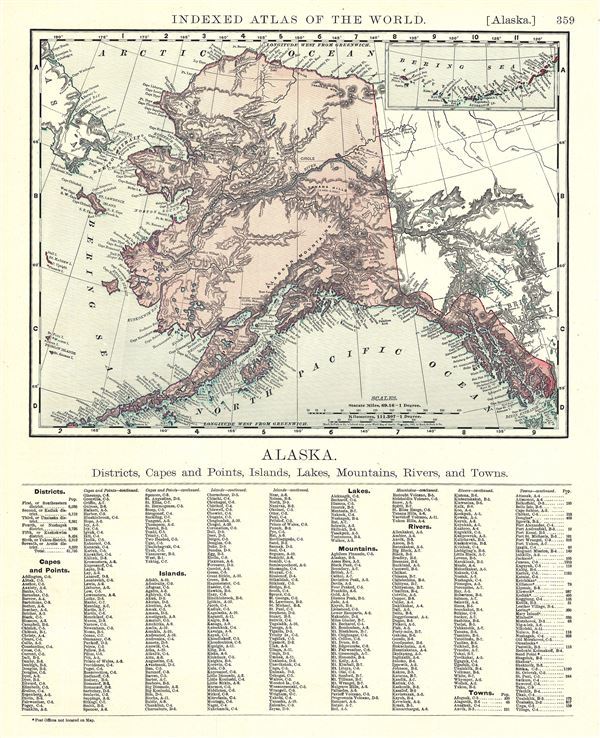 A fine example of Rand McNally and Company's 1892 map of Alaska. It covers the state in detail, noting capes, rivers, mountains, bays and various other topographical features. Elevation is rendered by hachures. A small inset in the upper right quadrant of the map details the Aleutian Islands in the Bering Sea. This map of Alaska, printed on half the page unlike most other maps in the atlas, contains a list of districts, capes and points, islands, lakes, mountains, rivers and towns in the lower half of the page, below the printed map. This map was issued as plate no. 359 in the 1893 edition of Rand McNally and Company's Indexed Atlas of the World- possibly the finest atlas Rand McNally ever issued.