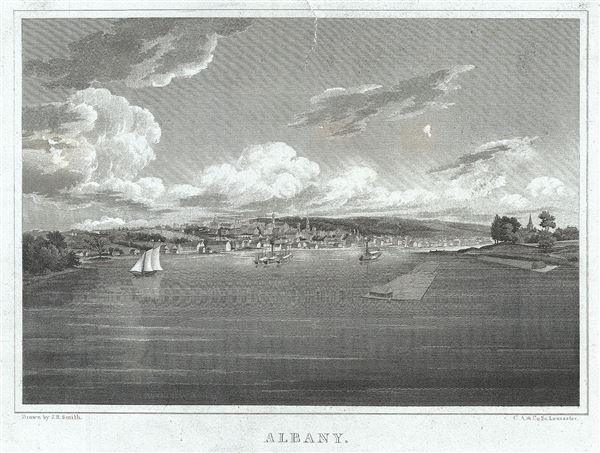 This is an uncommon example of the 1828 view of Albany, New York, drawn by J. R. Smith. It features a lovely view of the Harbor. Many small boats can be seen in the foreground. This view was engraved by C. A. & Co., Lancaster, as part of Malte-Brun's System of Geography, Vol. I., published in New York by Samuel Walker.

Very good. Blank on verso. Minor damage near top margin. Professionally flattened and backed with archival tissue.
Looking for a high-resolution scan of this?