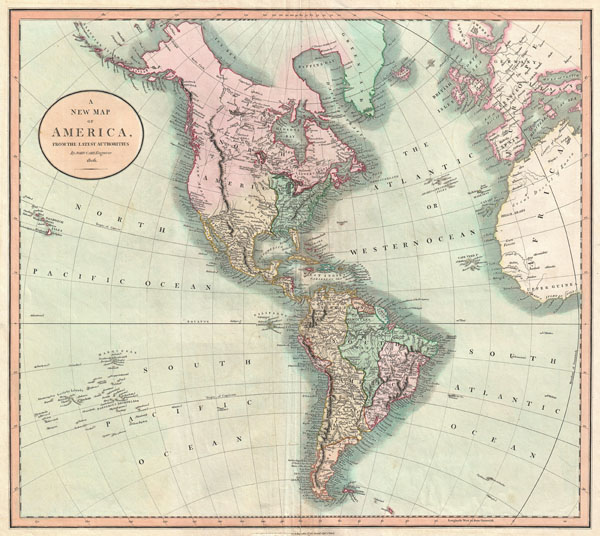 An exceptionally beautiful example of John Cary's important 1806 Map of North and South America. Covers the entirety of the Western Hemisphere with a focus on North and South America. In North America the fledgling United States extends westward only so far as the Mississippi River. Florida is divided at the Apalachicola River into eastern and western sections. West Florida, ostensibly part of the Louisiana Purchase, was claimed by the Spanish and remained under their control until 1812. East Florida remained under Spanish control until 1821. The South America portion of the map is notable for its excellent detail in the Amazon basin and the massive Spanish holdings extending from Panama south to Patagonia. East of the Falkland's the mythical Aurora Island is noted. All in all, one of the most interesting and attractive atlas maps of the Western Hemisphere to appear in first years of the 19th century. Prepared in 1805 by John Cary for issue in his magnificent 1808 New Universal Atlas.