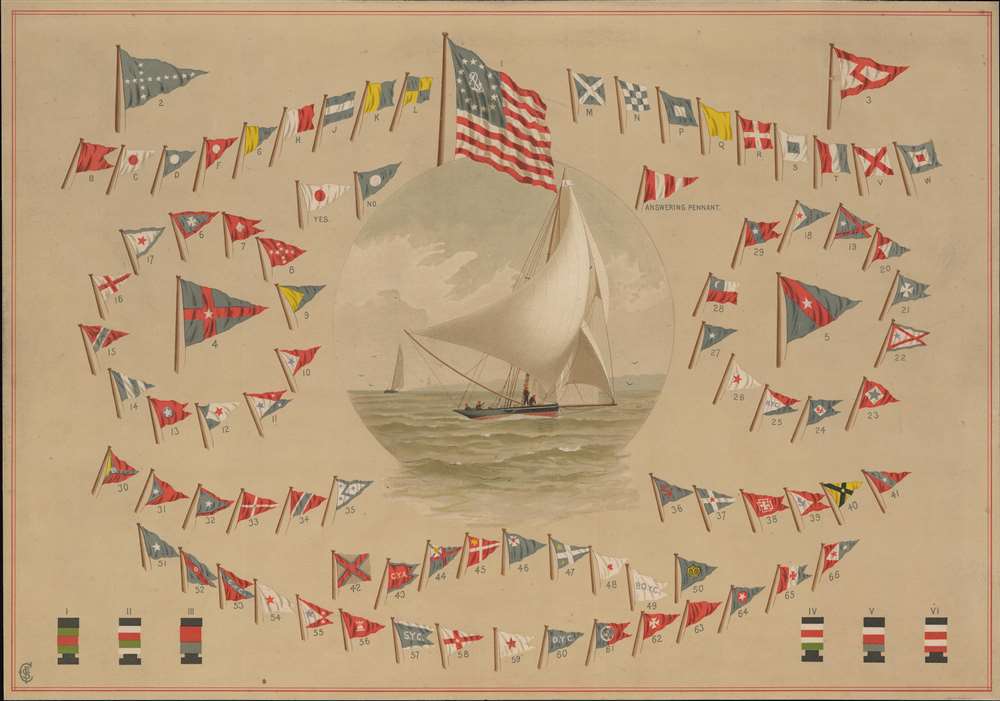 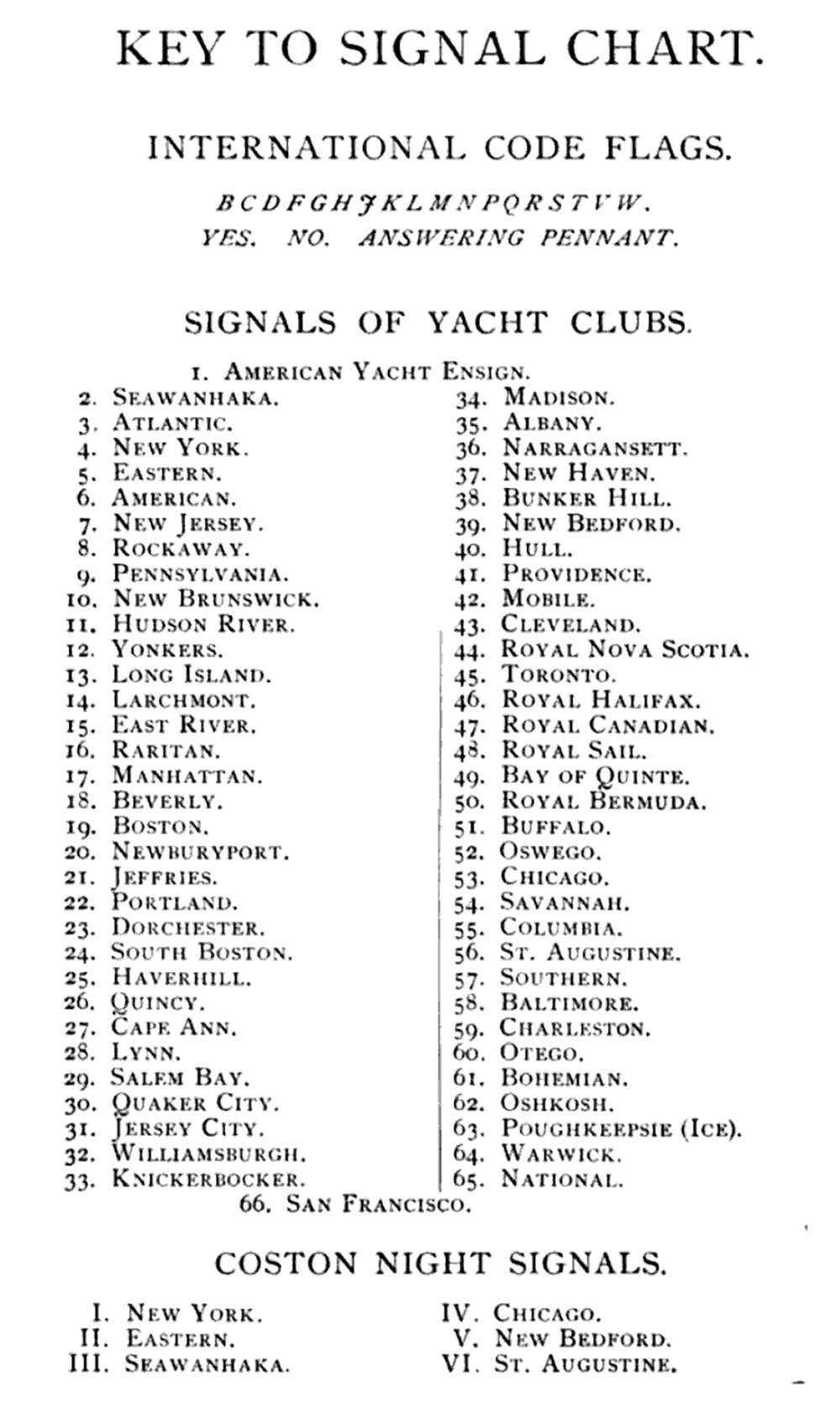 A scarce 1884 Frederick Cozzens chromolithograph chart of the American yacht signals. The chart centers on an illustration of the small sailing yacht Yolande and is surrounded by three sections of flags. Flags B through W represent Code Signals. Flags 2 - 66 are Club Signals. And Flags I - VI are Night Signals. A digital image of the key to the chart is included for reference, but we do not have the original key.

The chart was drawn by Frederick S. Cozzens and printed in multi-color chromolithograph by Charles Scribner's Sons to supplement U.S. Navy Lieutenant James Douglas Jerrold Kelley's American Yachts: Their Clubs and Races. Note, the chart was not published in the volume, but rather as part of an accompanying portfolio of watercolor sketches by Cozzens. Uncommon.

Frederick Schiller Cozzens (October 11, 1846 - August 28, 1928) was an American marine artist and yachtsman active in the late 19th and early 20th century. Cozzens was born in New York City, the son of the humorist Frederick Swartwout Cozzens (1818 - 1869). From 1864 to 1867, he studied at Rensselaer Polytechnic in Troy, New York, but did not attain a degree. Cozzens is best known for his marine paintings, but also worked as a freelance illustrator for The Daily Graphic, Harpers Weekly, and Our Navy, among other publications. He also worked with James Douglas Jerrold Kelley to issue the chromolithograph prints for the 1884 American Yachts: Their Clubs and Races. Learn More...