1700 Pierre Mortier Nautical Map of the British Colonies in America 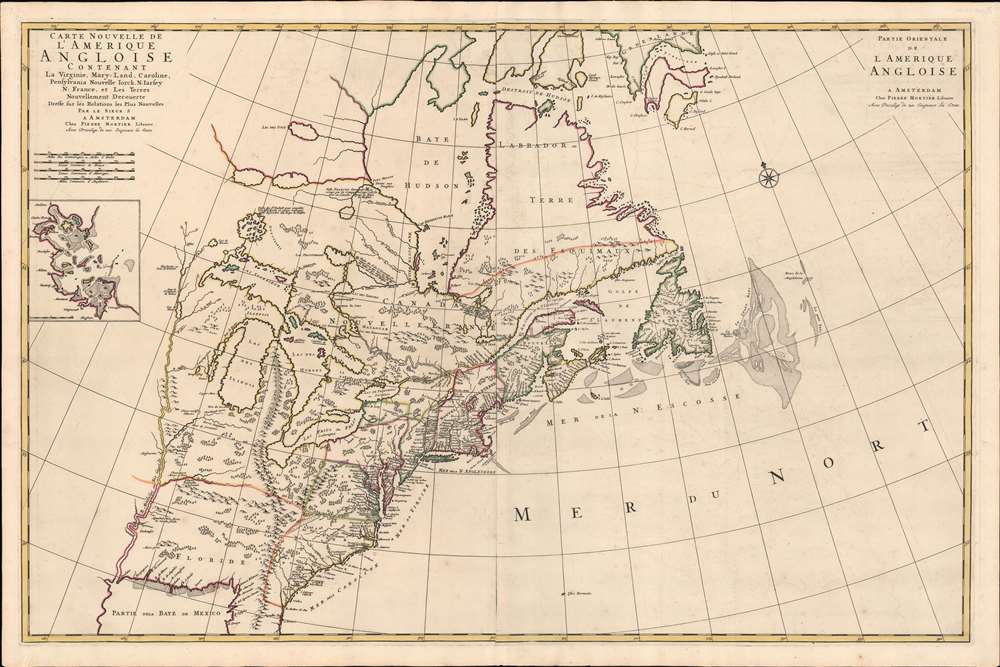 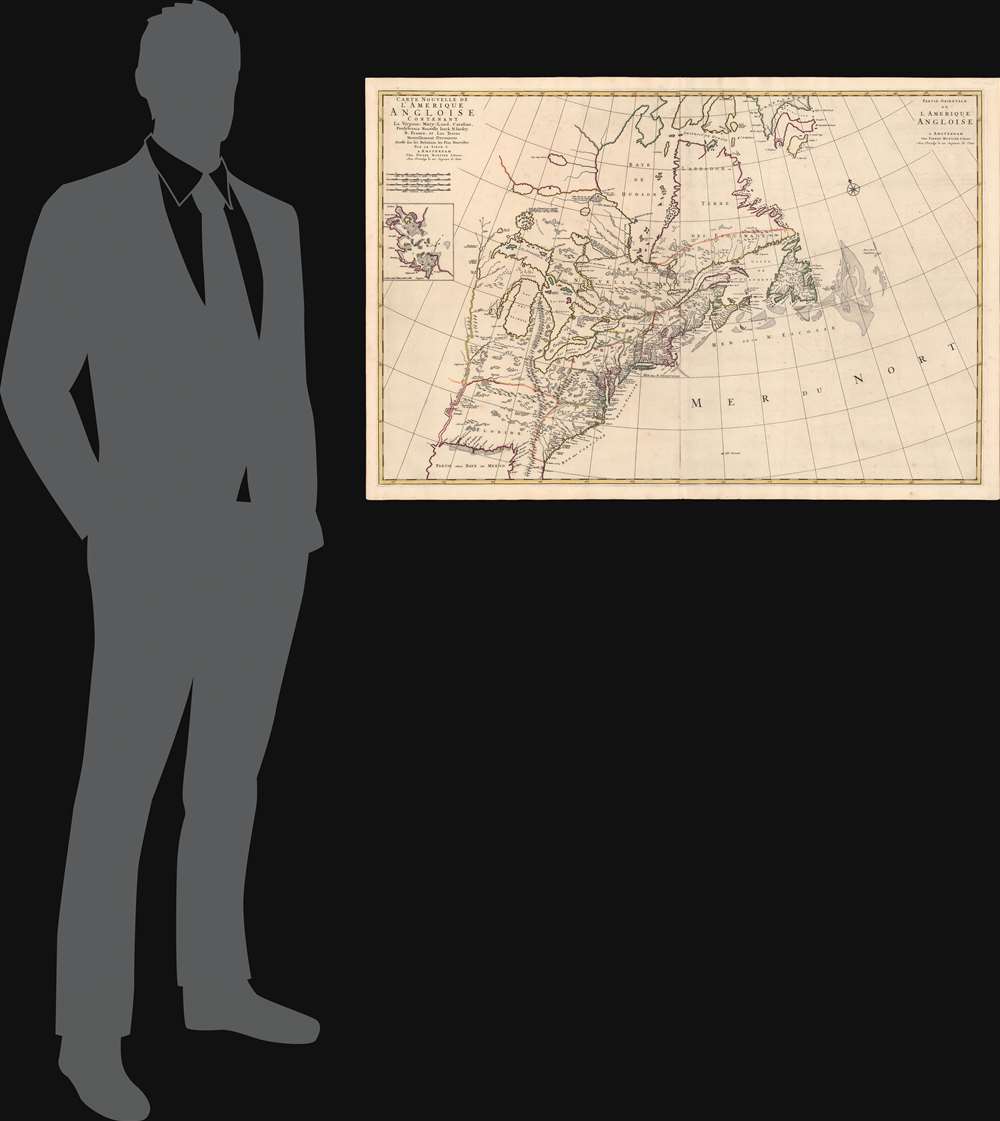 1700 Pierre Mortier Nautical Map of the British Colonies in America

An impressive large-scale Pierre Mortier 1700 map of the British Colonies in North America. Coverage extends from the Mississippi River to the Grand Banks and from southern Greenland to the Gulf of Mexico. Although attributed to Nicolas Sanson, the map is more accurately derived from the 1695 Robert Morden map, with which it shares both points of accuracy and anomalous errors. It features an inset of Boston, according to Burden, the first map of an English colonial city on a non-English map.

Putting it in Context

Like the Morden map, this map was issued to capitalize on general interest in the Americas in the wake of the Second Indian War or, as it is more commonly known, King William's War (1689 – 1697). King William's War was essentially an extension of the Nine Years' War in Europe to the colonies, with French and English colonies set against one another for control of the Fur Trade. Although neither side was willing to dedicate manpower better deployed on the European front, the battle was waged between each respective nation's American Indian Allies. The Iroquois League fought with England while the Wabanaki Confederacy sided with France. This map covers the areas affected, including the rich fur lands around the Great Lakes and in the Hudson Bay, and additionally expresses the potential of the French holdings around the Great Lakes and the Mississippi River.

The map offers much of interest including an overstated mapping of the Great Lakes and Mississippi valley derived from Dablon (1672) and Thevenot (1681). The Appalachian Mountains extend south well into peninsular Florida. They also trifurcate mysteriously in modern day Kentucky. One range, roughly correct, extends northwards towards New England. Another arm extends westwards towards the Mississippi River. The third and largest branch runs north into Michigan's lower peninsula - although excised here, the Morden bears the curious annotation which does much to explain the unusual presentation of that range,

In Carolina and southern Virginia appears the cartography of John Lederer, identifying a 'Large Savana' at the foot of the Appalachian Mountains, Lake Ashley as the source of the Savannah River (or a mismapping of the May River), and the Desert Arenosa. Today Lederer is highly criticized for fabricating much of his journey and a cursory examination of the map will reveal what might seem to be several gross cartographic errors, including a great savanna in the Piedmont, the 'Deserta Arensa,' and Ashley Lake. Our own research suggests there may be a bit of truth in Lederer's account, with the desert, Arensoa, corresponding to the San Hills Region. The savanna, which Lederer described as 'marshish grounds at the foot of the Apalataei,' is more likely than not an area of marshy denuded land that has since dried up. Lake Ashley is a common feature on older maps of this region and, although fictional, may have been copied from other sources and simply renamed to add context to Lederer's voyages.

This map was drawn by Pierre Mortier in 1700 - one of nine new maps inserted in the Suite de Neptune François, the second volume of his 1693 Neptune François. The map is well represented institutionally and appears occasionally on the market.