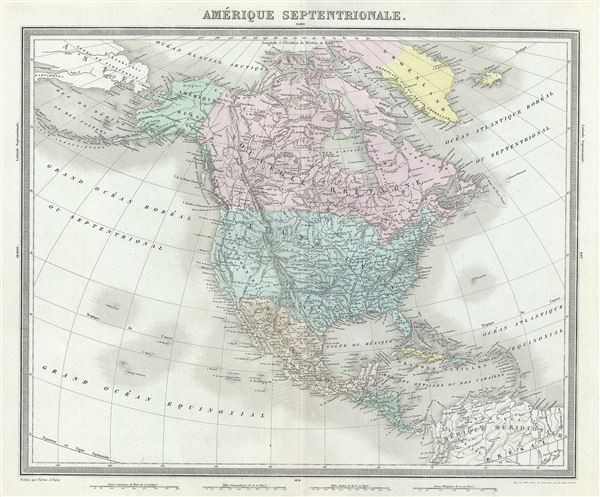 This is a finely detailed 1874 map of the North America by Ambroise Tardieu. This map covers the entire continent from the Arctic Circle to the northern part of South America inclusive of the West Indies, Central America, Mexico, the United States, Canada and Alaska. In addition to standard political and physical data this map offers a vast wealth of cartographic information including cities, rivers, mountains, some offshore details and much more. The map is color coded according to regional and political boundaries; however state lines are not shown.

This map was prepared by Ambroise Tardieu and issued in his 1874 edition of Atlas Universel de Geographie Ancienne et Moderne.