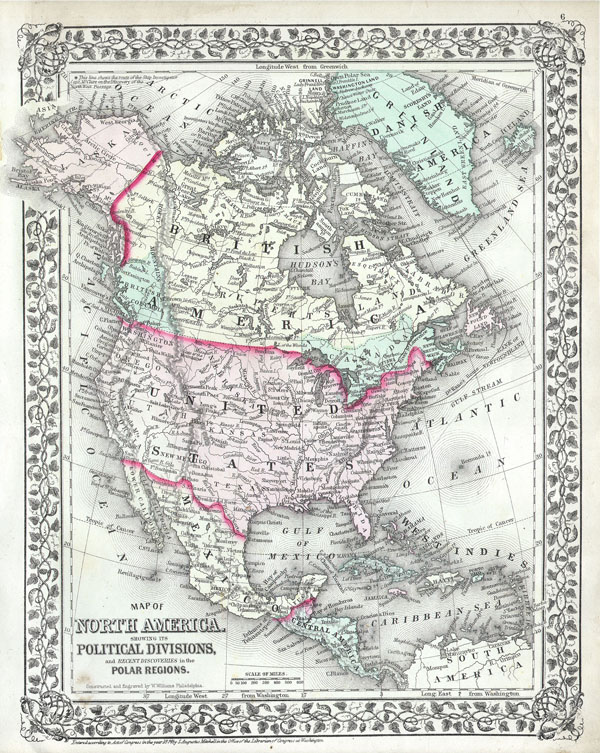 This hand colored antique map of North America is a lithographic engraving dating to 1874 by the legendary American map publisher Samuel Augustus Mitchell Jr. Cities and towns of the United States are show in considerable detail.