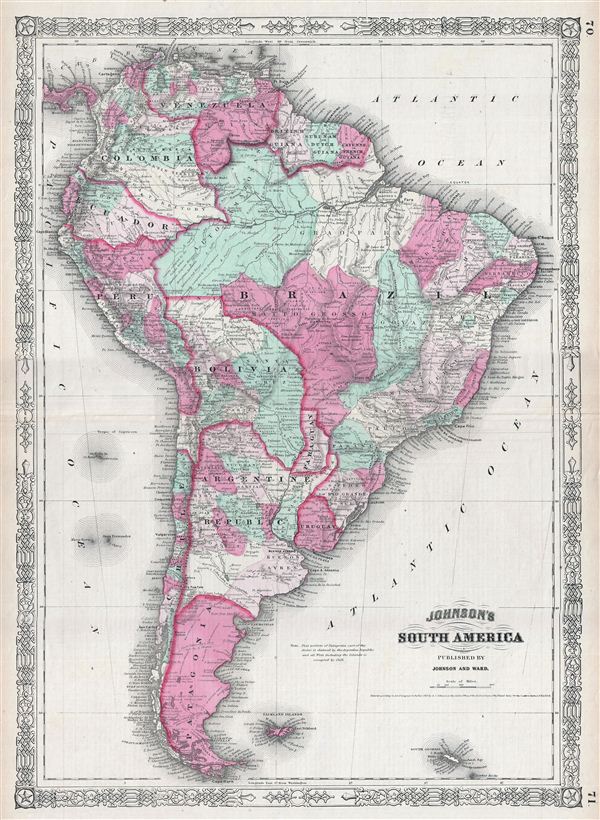 This is a magnificent 1863 hand colored map of South America. Features the continent in considerable detail – especially the interior, which at the time was largely unknown. Map is dated and copyrighted, 'Entered according to Act of Congress in the Year of 1863 by A. J. Johnson in the Clerk's Office of the District Court of the United States for the Southern District of New York.'

Very Good condition. Minor wear along original centerfold. Text on verso.
Looking for a high-resolution scan of this?