1860 Dufour Map of England and Wales 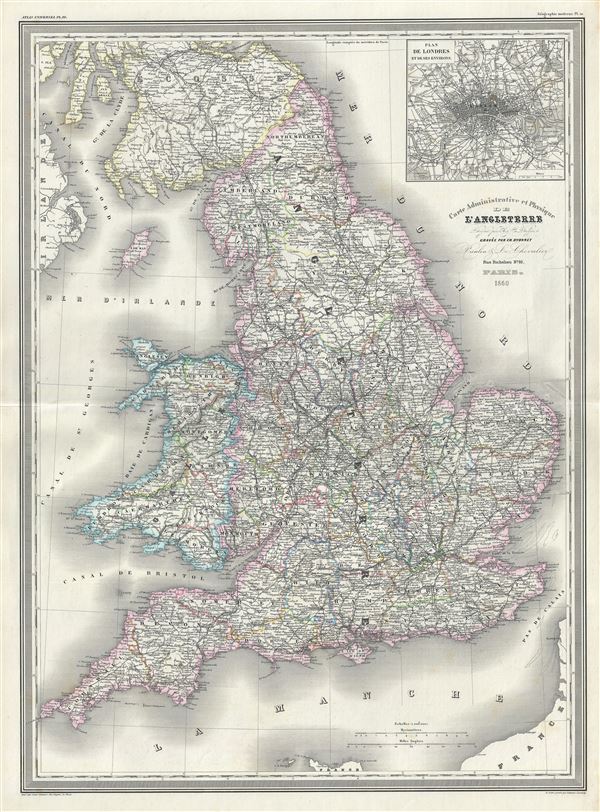 1860 Dufour Map of England and Wales

This is a fine 1860 elephant folio map of England and Wales by A.H. Dufour. It covers both England and Wales in full from Scotland south to the English Channel, including the Isle of Man. An inset in the top right quadrant features a plan of London and environs. Throughout, the map identifies various cities, towns, rivers and assortment of additional topographical details.

During this time, both England and Wales were in the midst of the Industrial Revolution, wherein much of the rural agricultural population was relocating to urban centers.