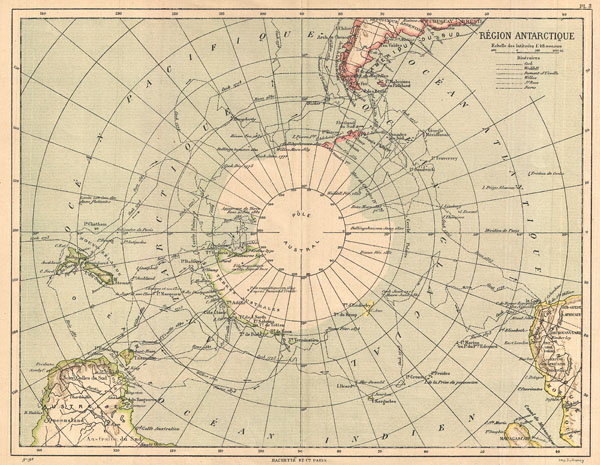 An uncommon color map of the Antarctic region. Published by the Hachette firm, circa 1890. Reflects a relatively primitive state of exploration in the region though a number of exploratory routes mapped out. A key in the upper left quadrant lists the explorers who explored the Antarctic: Cook, Weddell, Dumont-d'Urville, Wilkes, Ross, and Nares. Countries and territories labeled, along with rivers and other minimal topographical detail. Published from Hachette & Company's 79 Boulevard Saint Germain office in Paris, France.

Very good. Original centerfold. Print color.
Looking for a high-resolution scan of this?