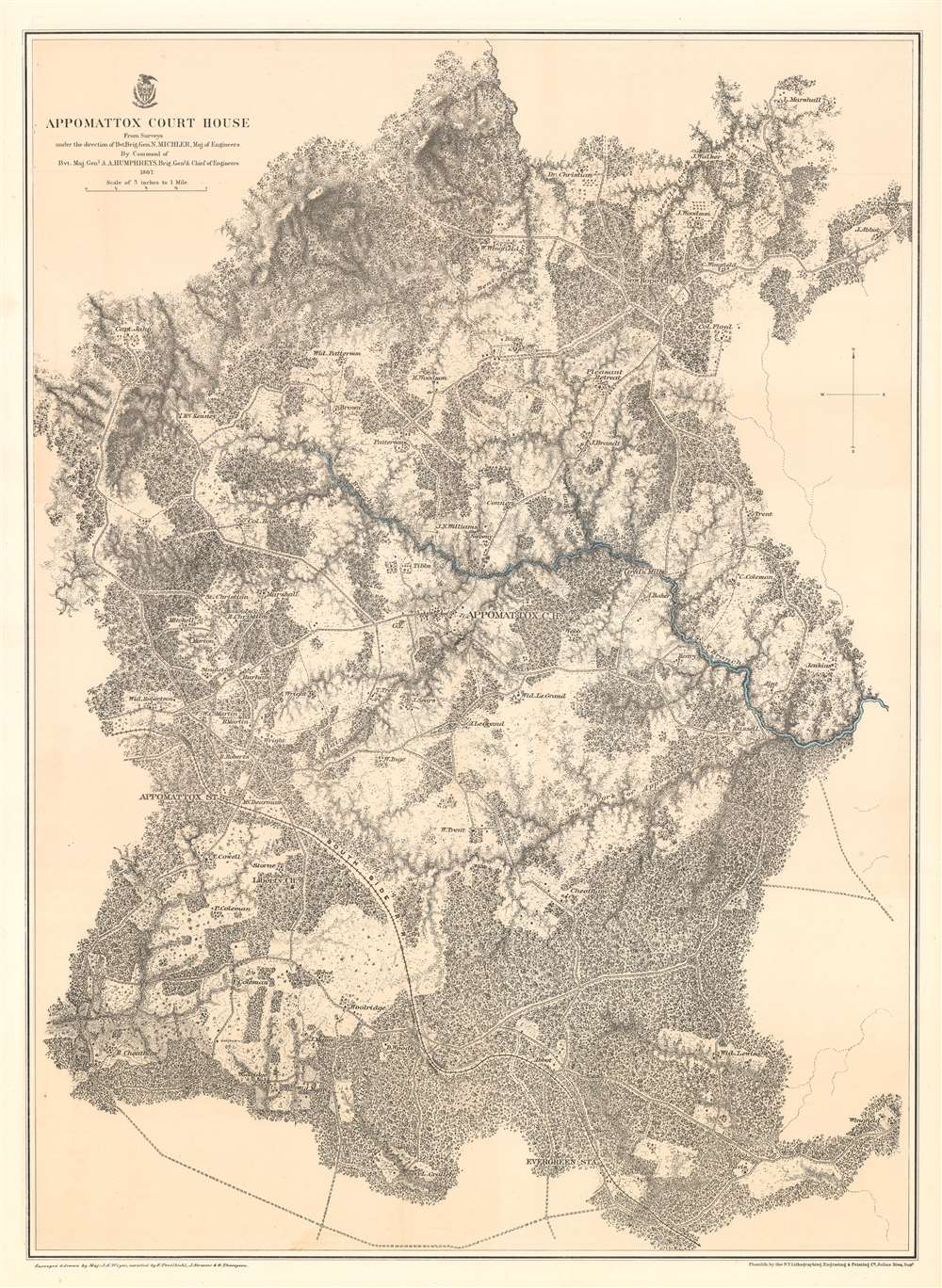 The first published map of the area around Appomattox Court House - where the U.S. Civil War ended.
$450.00