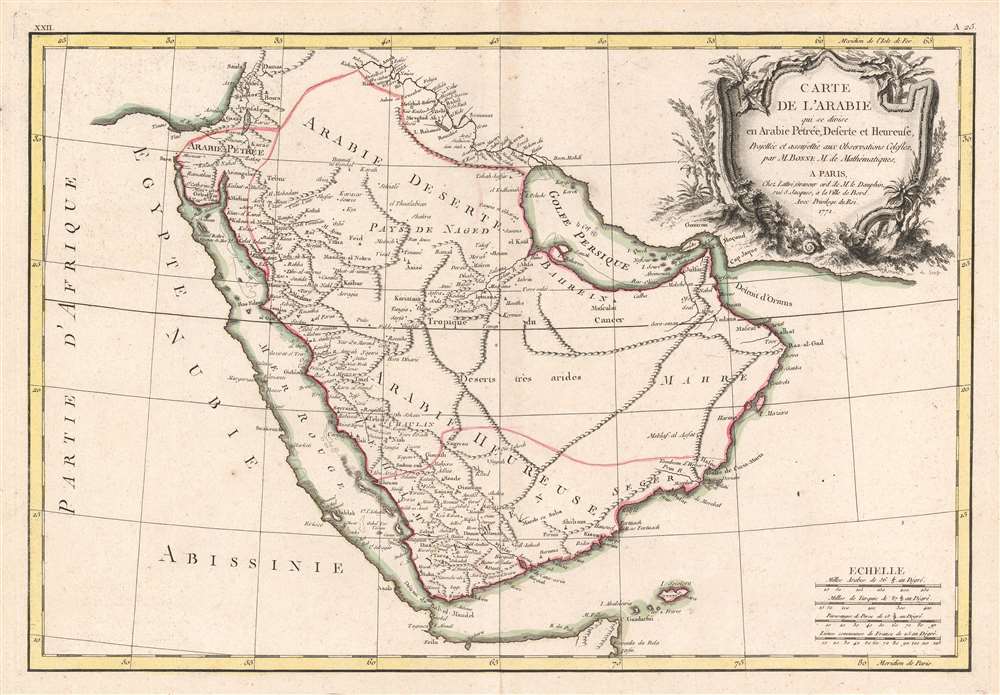 This is a 1771 Rigobert Bonne map of the Arabian Peninsula. Beautifully engraved and detailed, the map includes the modern-day countries of Saudi Arabia, Israel, Jordan, Kuwait, Iraq, Yemen, Oman, the United Arab Emirates, and Bahrain. Mt. Sinai, Mecca, Medina, and Jerusalem are noted, as well as countless other cities and desert oases. Numerous shoals, reefs, and other dangers in the Red Sea and the Persian Gulf are also identified. A large decorative title cartouche is situated in the upper right.

This map was drawn by Rigobert Bonne in 1771 for issue in Jean Lattre's 1776 edition of his Atlas Moderne.