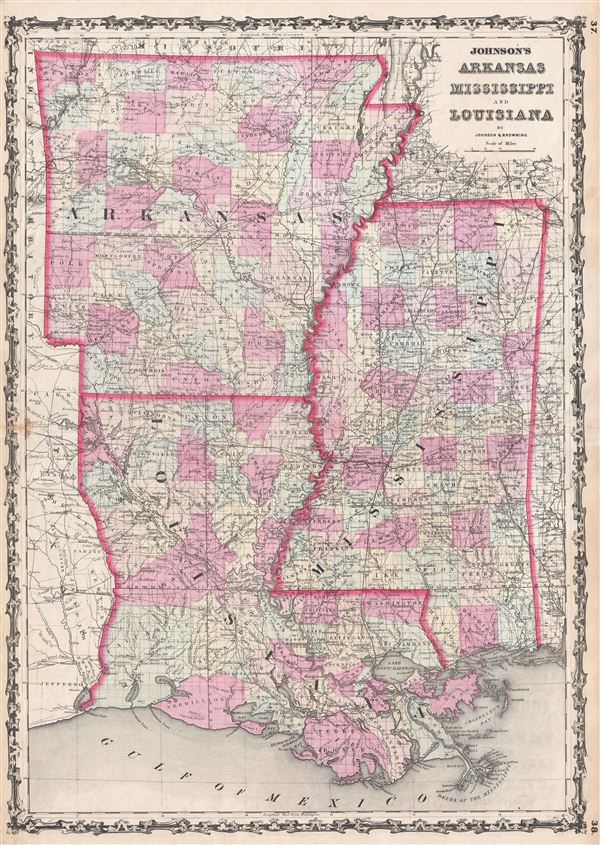 A beautiful example of A. J. Johnson's 1862 map of Arkansas, Louisiana, and Mississippi. This rare map offers a fascinating snapshot of these secessionist states shortly following the outbreak of the American Civil War. Map shows all three states in full with color coding according to county. Features the strapwork style border common to Johnson's atlas work from 1860 to 1863. Published by A. J. Johnson and Browning as plate numbers 37-38 in the 1861 edition of Johnson's New Illustrated Family Atlas. This is the last edition of the Johnson Atlas to bear the 'Johnson and Browning' imprint. Subsequent editions reflect Ward's 1862 acquisition Ross C. Browning's shares in the firm.