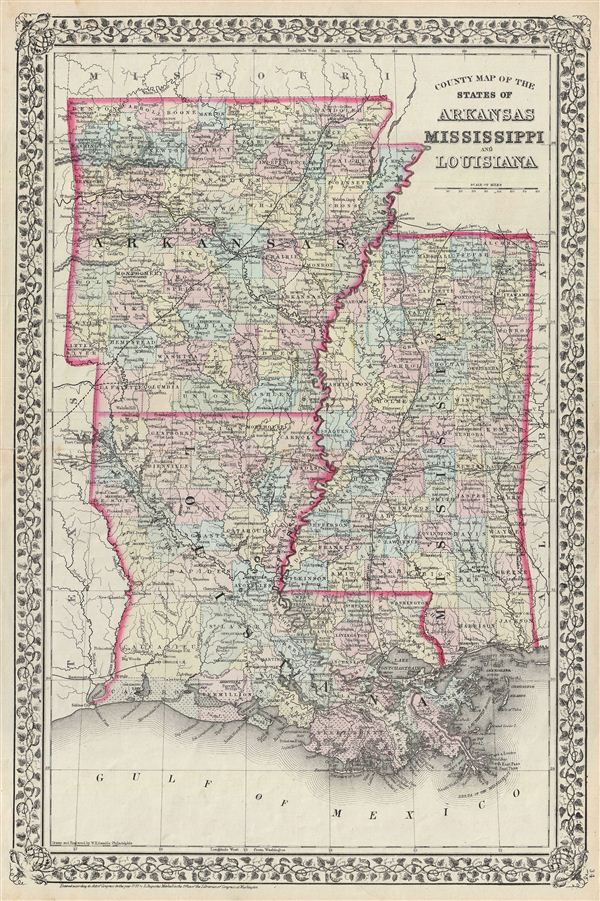 A beautiful example of the legendary American map publisher Samuel Augustus Mitchell Jr.'s 1872 map of the states of Louisiana, Mississippi and Arkansas. Covers the states of Mississippi, Louisiana and Arkansas in fine detail along with parts of neighboring Texas, Missouri and Alabama. This map also identifies various cities, towns, rivers, railroads and an assortment of additional topographical details. Map is color coded according to political boundaries with elevation rendered by hachure. One of the most attractive American atlas maps of this region to appear in the mid-19th century. Features the vine motif border typical of Mitchell maps from the 1866 - 1882 period. Drawn and engraved by W. H. Gamble for inclusion as plate no. 34 in the 1872 issue of Mitchell's New General Atlas. Dated and copyrighted, 'entered according to Act of Congress in the Year 1872 by S. Augustus Mitchell in the Office of the Librarian of Congress at Washington.'