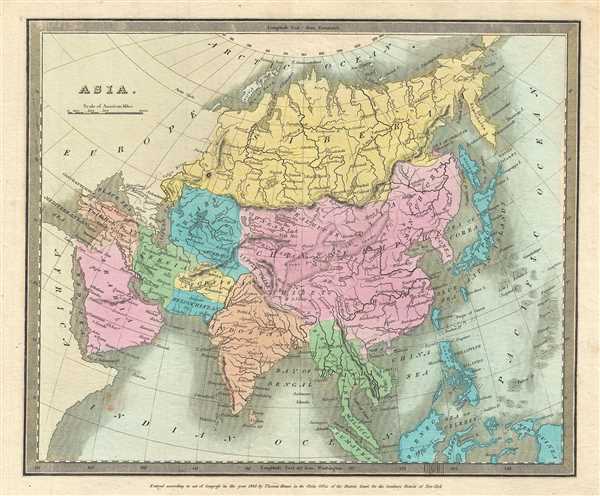 Map of Asia in the early 19th century under imperial European sway.

This lovely 1835 first edition map of Asia was issued by David H. Burr. The map covers the entire Asian continent from the Arctic Ocean to the Indian Ocean and from the Red Sea to the New Guinea. Towns, rivers, mountains, deserts, islands and various other important topographical details are noted. The Great Wall of China is identified. The sea between Asia and Japan, whose name is a matter of political debate (either the 'Sea of Korea,' 'Sea of Japan') is here settled in favor of Korea.