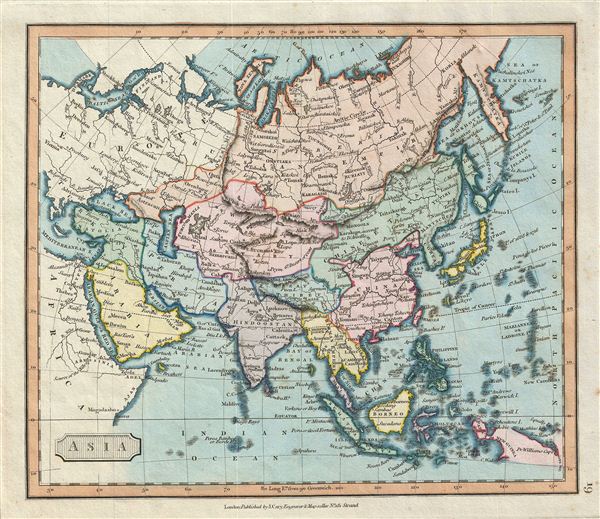 A beautiful little production this is John Cary's 181 map of Asia. Centered on Tartary, Cary's map covers Asia from the Mediterranean Sea to Papua New Guinea. Includes the Peros Banhos Islands in the Indian Ocean. Identifies the Great Wall of China. 'Great Tibet' is map as independent of China - an interesting decision at the time. The old capital of the Mongol Khans, Karakorum, is also noted following on the research of D'Anville, which situates it on the engui-Moren River. Also identified are numerous cities, countries, rivers, Islands, mountain passes and various other topographical and political features. Color coded according to national and regional boundaries. Published and engraved by J. Cary as plate no. 19.