1823 Manuscript Map of Turkey or Asia Minor in Antiquity 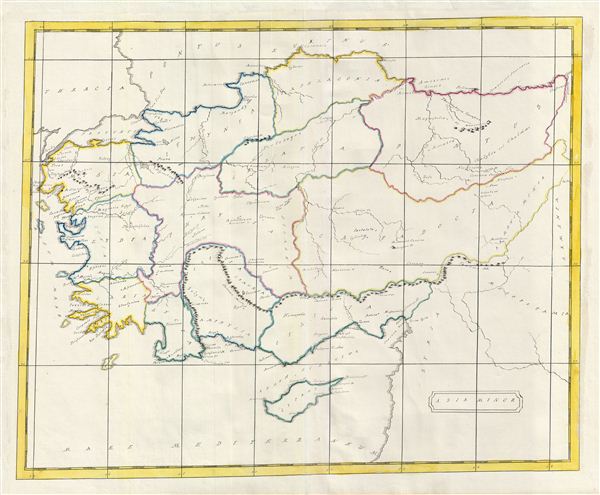 1823 Manuscript Map of Turkey or Asia Minor in Antiquity

An unusual and beautiful 1823 manuscript map of Asia Minor or what is today Turkey. The map generally follows the historical atlas work of the english cartographer James Wyld however is a fully independent and unique hand rendered production. The manuscript geographical data and detail throughout is altogether outstanding and completed in a fine hand adept at decorative text and the rendering of rivers and mountains.

This map covers from the Aegean Sea to Mesopotamia and from the Black Sea (Pontus euxinus) to Cyprus. It has been divided and color coded according to the ancient Kingdoms of Asia Minor, many of which were Greek colonies or heavily influenced by Ancient Greek culture. These include Lydia, Lycia, Caria, Mysia, Phrygia, Cappadocia, among others.