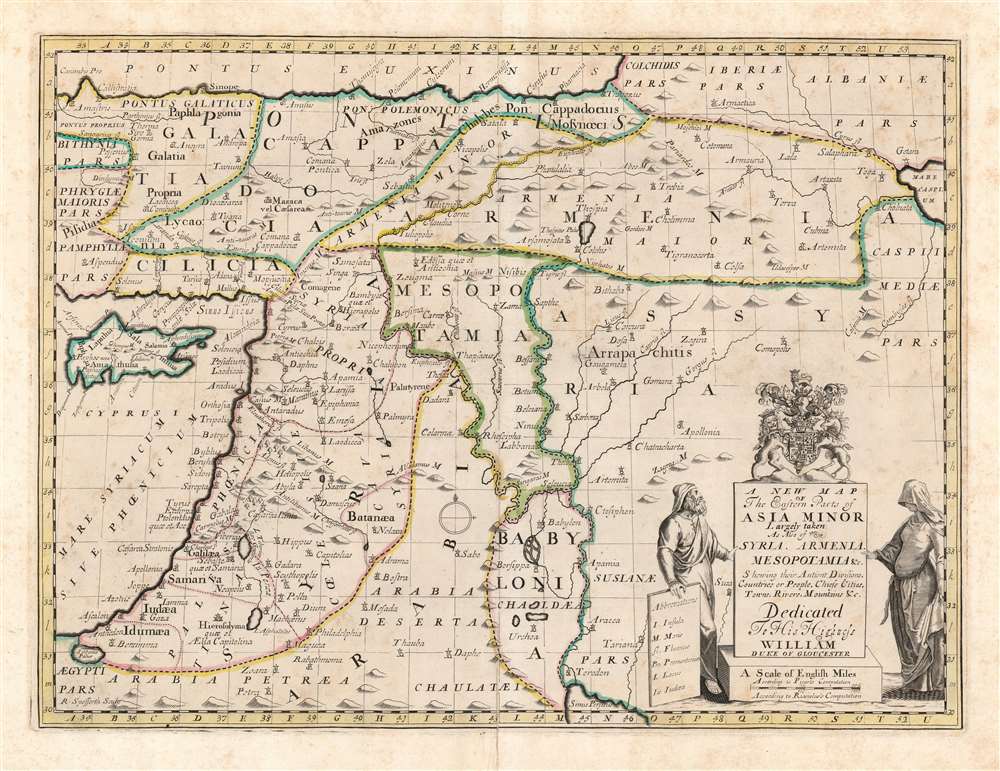 This is an elegant 1700 Edward Wells map of the eastern Mediterranean and ancient Mesopotamia. Coverage extends from Cyprus and Asia Minor, eastwards as far as the Caspian and Persian Gulf. The central focus is the watershed of the Tigris and Euphrates, thus embracing ancient Mesopotamia and Babylonia. The kingdoms of Assyria, Armenia, Palestine and Syria are prominent. A decorative title cartouche appears in the lower right, surmounted by the arms of the dedicatee - Prince William, Duke of Gloucester and the son of Queen Anne, who, when this map was being prepared, was a student of Wells. The sickly William never lived to see his tutor's work completed.

This map was engraved by Robert Spofforth for inclusion in Edward Wells' 1700 work, A New Sett of Maps Both of Ancient and Present Geography. This atlas was successful, and stayed in publication for many years thereafter - outliving Wells considerably.


Robert Spofforth (fl. 1700 - 1707) was an English engraver and printseller known primarily for his frontispieces. He contributed nine engravings to Edward Wells’ A New Sett of Maps both of Ancient and Present Geography, including the frontispiece of the atlas. He was thought to have been a student of the engraver Simon Gribelin. He was also known for his portraits, namely those of Queen Anne and Prince George. Learn More...