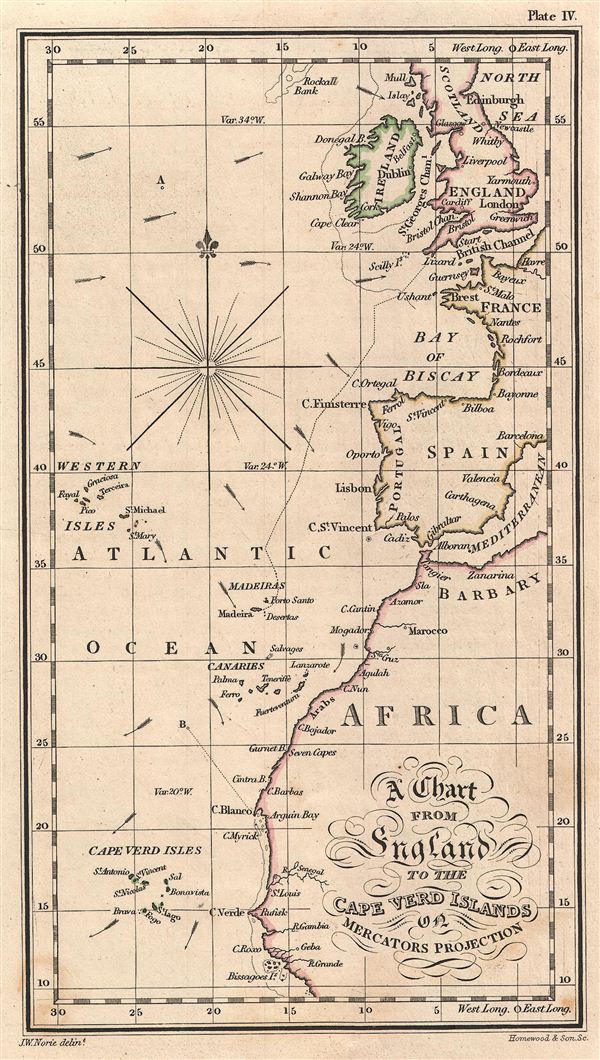 A fine 19th century chart of the Atlantic Ocean from england to the Cape Verde Islands by J.W. Norie. This map covers the sea route from england to the Cape Verde Islands along Ireland, england, France, Spain, the Western Isles and Africa. The boundaries are demarcated with outline hand color and the ocean currents are shown as arrows. This map was engraved by Homewood & Sons. Sc. and published by J.W. Norie as Plate IV, probably from one of his two most famous works, The epitome of Practical Navigation (1805) or A Complete epitome of Practical Navigation (1848).