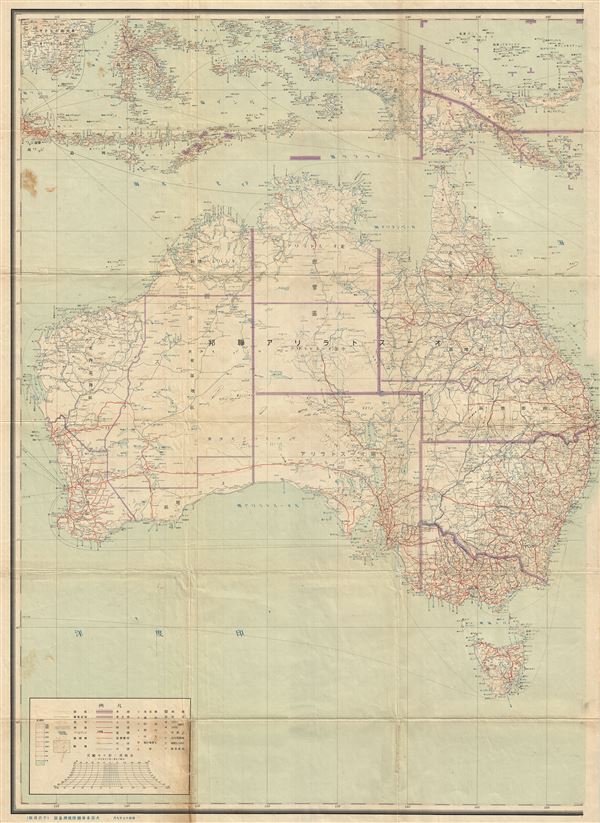 This is an attractive 1942 or Showa 17 Japanese World War II era map of Australia and New Guinea issued by the Imperial Japan Land Survey Bureau. It covers Australia in its entirety, including Tasmania, as well as the islands of New Guinea, the Maluku Islands and Sulawesi Island, Indonesia. The map is highly detailed and notes rivers, lakes, roads, towns, cities, shipping lines and a host of additional topographical features. This map was issued by the Imperial Japan Land Survey Bureau in 1942. The inclusion of Australia in this series makes clear the extent of Japanese Imperial ambition during the World War II Era. All text is in Japanese.