1845 Ewing Map of Australia and Polynesia 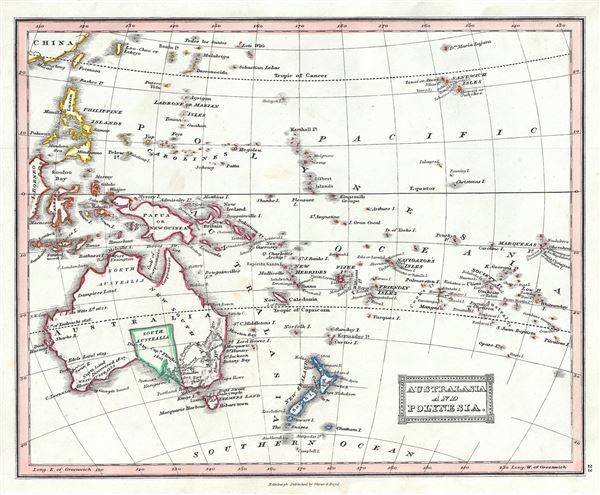 1845 Ewing Map of Australia and Polynesia

This is a lovely example of Thomas Ewing's 1845 map of Australia and Polynesia. The map covers from the southern coast of China south to include New Zealand, and east to the Marquesas Islands. It includes Australia, New Zealand, Tasmania (then known as Van DiemenÃ¢Â€Â™s Island), Papua New Guinea, the Philippines, and Melanesia. Various rivers, mountains, islands and several other topographical details are noted with relief shown by hachure. This is an interesting map issued just as most of the earth's non-polar shore has been explored. Gone are many of the errors of the previous century with the coastlines accurately rendered. Inland though, much remained confused. Vast stretches of unmapped territory and speculative cartography fill central Australia, New Zealand and Papua New Guinea.