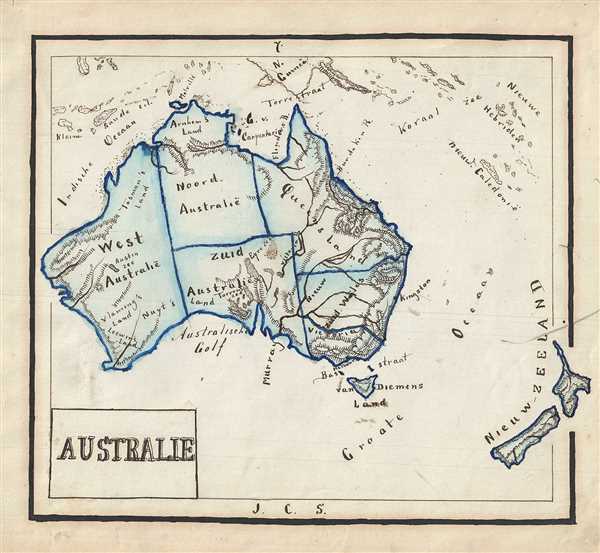 This is an attractive 1871 manuscript map of Australia and New Zealand hand-drawn by J. C. Sikkel. It covers the entire continent in beautiful detail, including Van Diemen’s Land or Tanzania and New Zealand. Notes the Australian states of West Australia, North Australia, South Australia, Queensland, New South Wales and Victoria. Throughout, the map notes impressive topography and identifies cities, seas, islands, etc. Features wonderful and whimsical overall presentation. This map was drawn in 1871 by J.C. Sikkel as part of Der Atlas Geheele Aarde.

Very good. Minor spotting. Title pasted onto sheet.
Looking for a high-resolution scan of this?