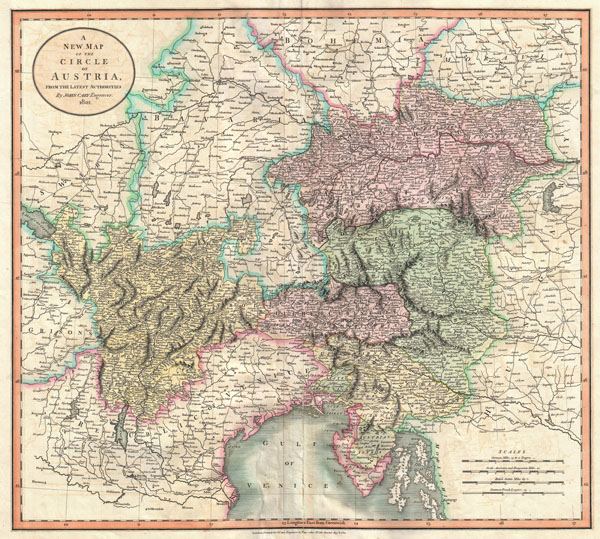 An extremely attractive example of John Cary's important 1801 map of the Austria. Covers from Lake Constance eastward as far as Lake Pelso and the Hungarian border. Extends southward to include the Duchy of Tyrol, the Republic of Venice and the Gulf of Venice. Extends northward as far as Bavaria, Bohemia and Moravia. Offers stupendous detail and color coding according to region. All in all, one of the most interesting and attractive atlas maps the Austrian Empire to appear in first years of the 19th century. Prepared in 1801 by John Cary for issue in his magnificent 1808 New Universal Atlas.