1771 Bonne Map of the Auvergne, Limosin, Bourbonnais, and Berri, France 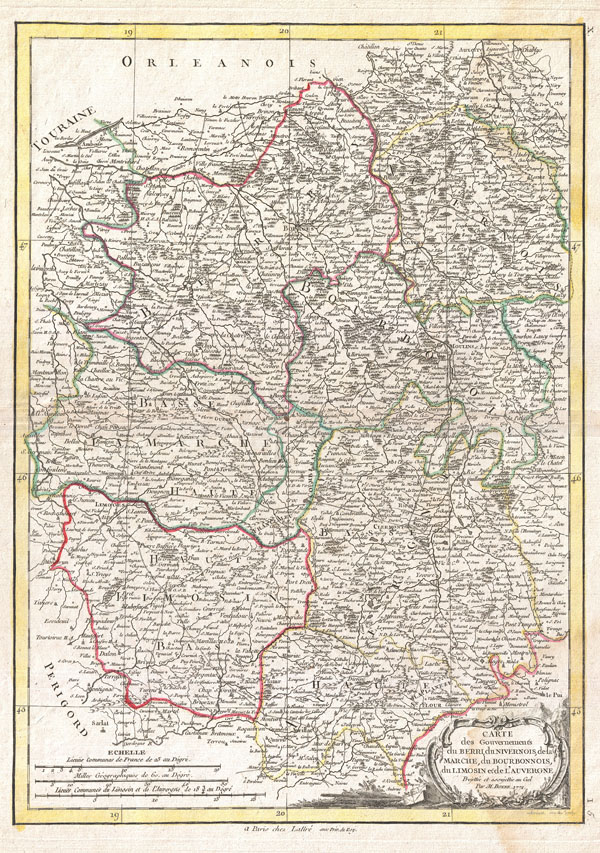 1771 Bonne Map of the Auvergne, Limosin, Bourbonnais, and Berri, France

A beautiful example of Rigobert Bonne's decorative map of the French regions of Berri, Nivernois, Marche, Bourbonnais, Limosin and Auvergne. A large decorative title cartouche appears in the lower right quadrant. Drawn by R. Bonne in 1771 for issue as plate no. I 5 in Jean Lattre's 1776 issue of the Atlas Moderne.