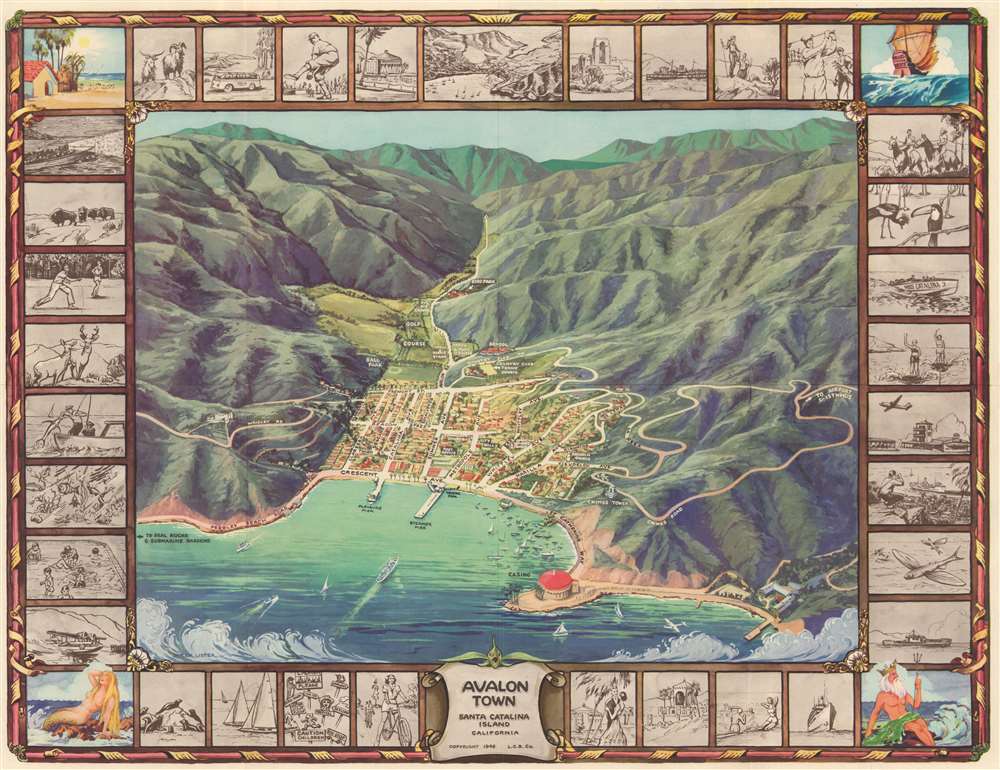 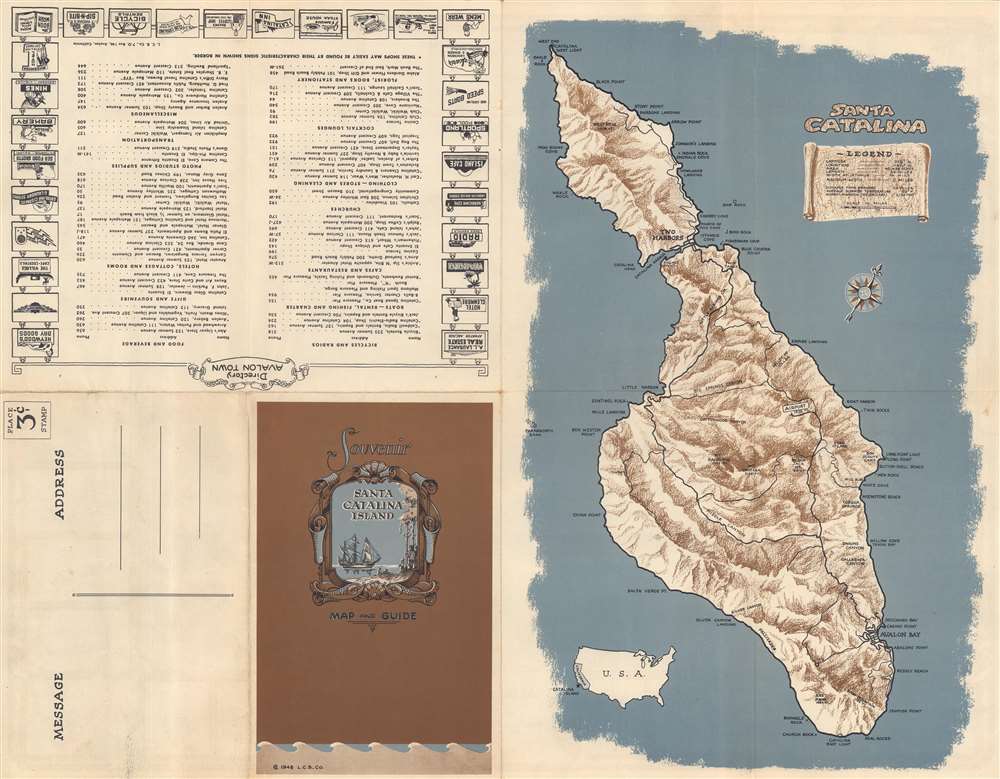 This is a 1948 James Wren Lister pictorial bird's-eye view map of Avalon, Santa Catalina Island, California. With Avalon Bay in the foreground, boats and piers in the bay immediately catch the eye. A casino occupies a point in the foreground on the right, while Avalon's streets stretch into the hills. Schools, the post office, City Happ, a golf course, and a ball park are labeled. (The 'ball park' as it is simply labeled, was the spring training home of the Chicago Cubs and was known as Wrigley Field.) Thirty-seven vignette views frame the central image and present numerous aspects of life in Avalon and around Sana Catalina Island, including people enjoying water sports, a baseball player, and a smaller version of the large central map.

A map of Santa Catalina Island occupies the right half of the verso. Points, landings, harbors, and other coastal locations are identified, along with the airport, specific mountains, and some canyons. Major roads are illustrated. A small legend appears in the upper right and provides general information. A directory for Avalon, listing hotels, restaurants, cafes, and souvenir shops, along with other locations, occupies the upper half of the left side.

James Wren Lister (July 6, 1897 - March 15, 1952) was a British-American artist and advertiser. Born in Brockley, London, England, Lister arrived in the United States on July 24, 1920. He was living in California by 1923 when he married wife Dorothy on November 26, 1923 in Pasadena. In 1937, when he filled out his Petition for Naturalization, he was working as a commercial artist. He became a U.S. citizen in 1940. In 1942 he stated his employer was Douglas Aircraft on his draft card. He and Dorothy had four children. Lister died in Hollywood on March 15, 1952. Learn More...