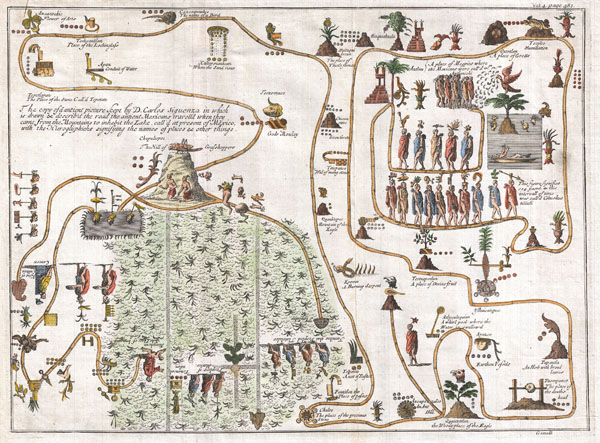 The copy of a antient picture kept by D. Carlos Siguenza in which is drawn & describ'd the road the antient Mexicans travell'd when they came fromteh Mountains to inhabe the Lake, call'd at present of Mexico, with the Hieroglyphicks signifying the names of places & other things.
1704 (undated)     12 x 16 in (30.48 x 40.64 cm)