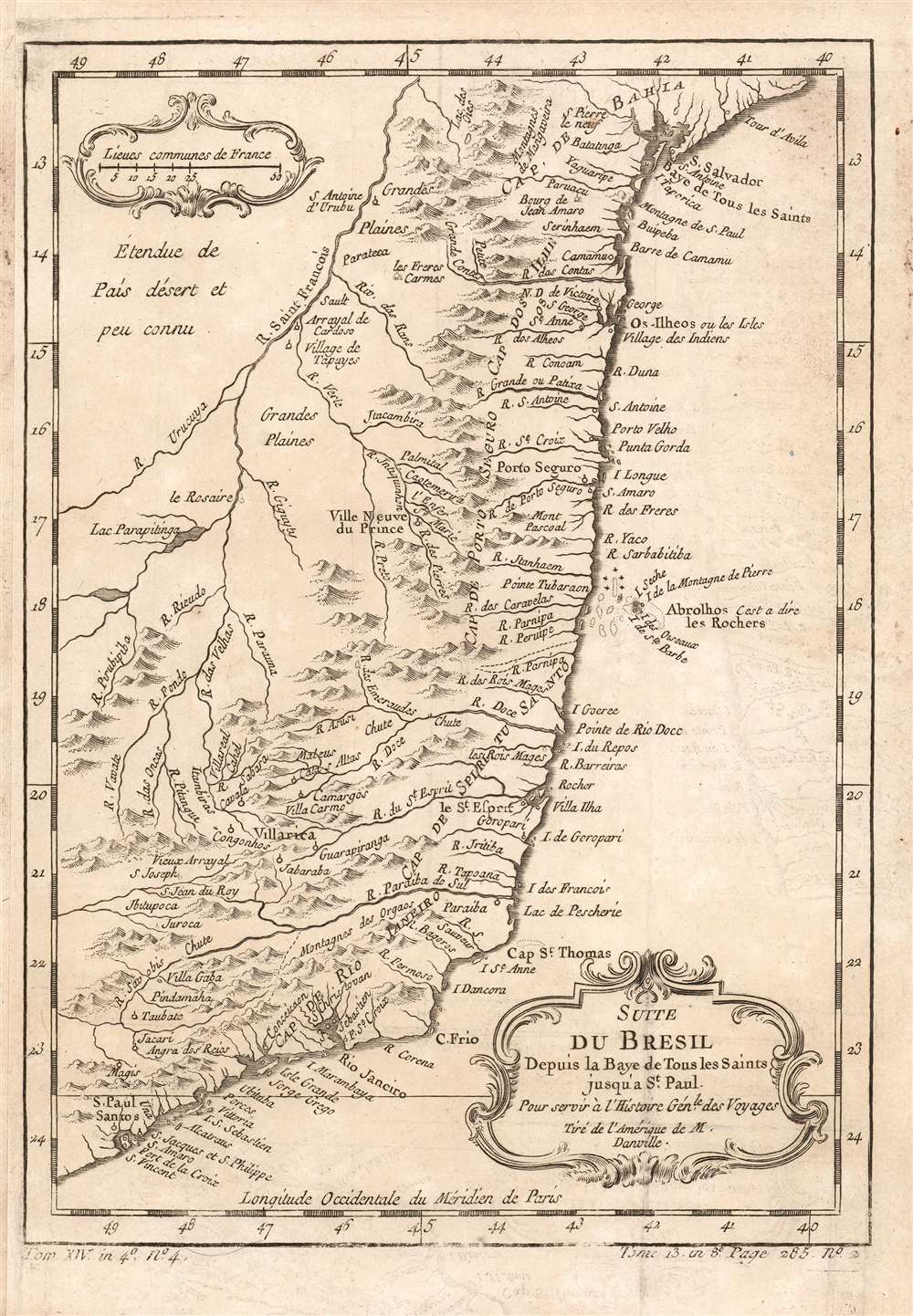 This is a 1780 map of coastal Brazil, showing the Captaincies of Bahia, Ilheús, Porto Seguro, Espirito Santo, Rio de Janeiro and part of Sao Paolo. These were coastal colonies, and the map's detail does not extend beyond the Rio São Francisco, apart from the descriptive text Étendue de País désert et peu connu (This extent of the country is deserted and little known.) Although composed and engraved by Nicolas Bellin, the cartography is drawn from D'Anville's 1748 Amerique Meridionale, which still represented the most up-to-date cartography in 1753, when this map was engraved.

This map was engraved in 1753 for inclusion in La Harpe's Abrégé de l'histoire générale des voyages. The separate map appears on the market from time to time, and in various editions appears in perhaps a dozen institutional collections. La Harpe's work is well represented in institutions.