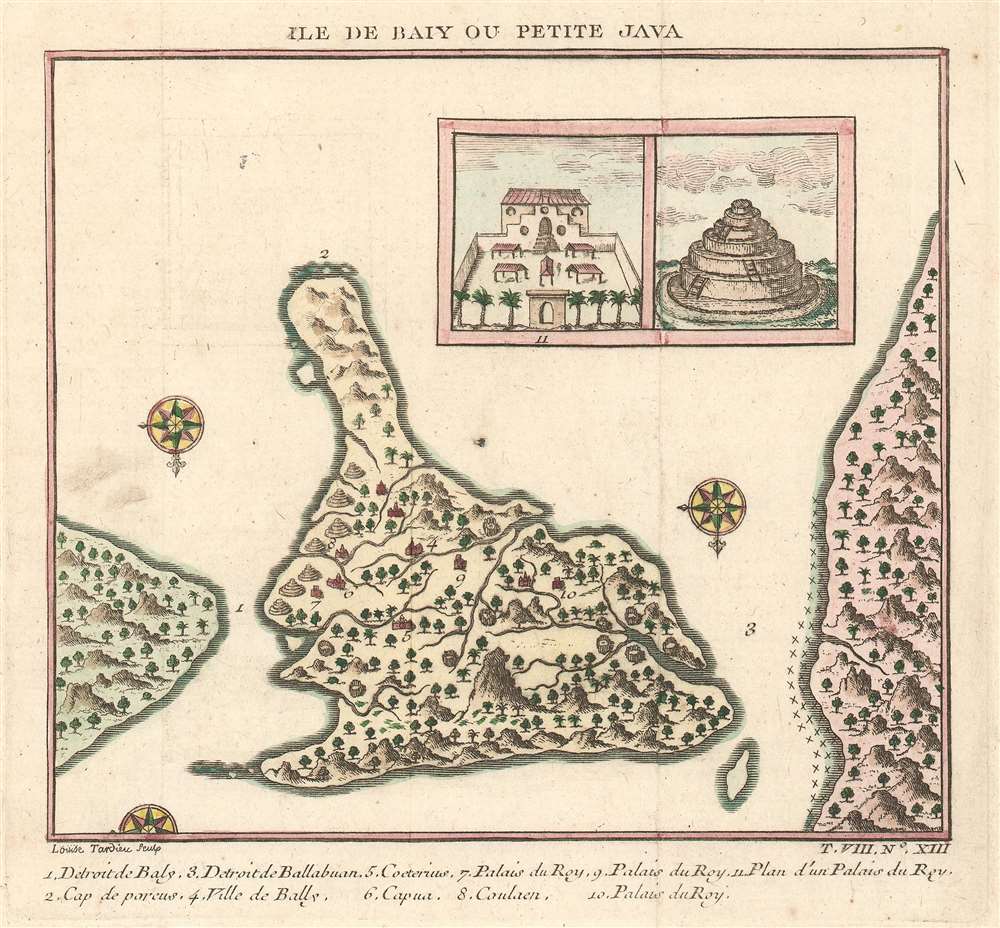 This is an extremely attractive 1751 Jacques-Nicolas Bellin map of Bali, Indonesia. The map depicts the island from the north with Java to the right and Lombok to the left. Wonderful detail of inland rivers and villages is illustrated along with an inset of the Royal Palace and a Balinese temple is situated in the upper right corner. Two and a half compass roses decorate the image. An index of eleven numerically identified locations throughout the island is situated along the bottom border. The cartography is based on a 17th century map created by Willem Lodewijcksz, a member of Cornelius de Houtman's pioneering 1595-97 voyage to the East Indies.

This map was created by Jacques-Nicolas Bellin and engraved by Jeanne-Louise-Françoise Duvivier (Tardieu) in 1751. This map is scarce on the market.