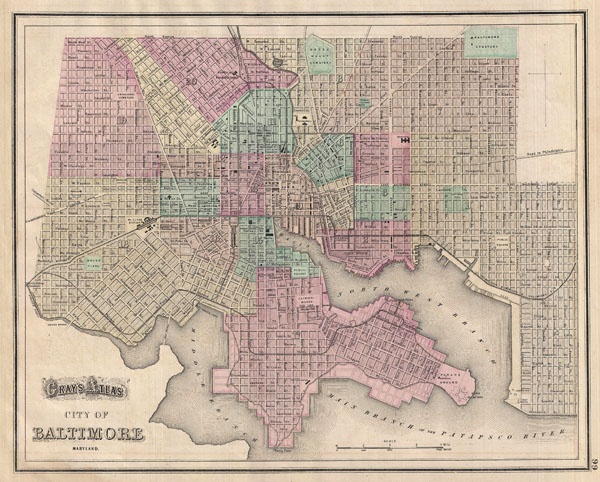 A fine map of Baltimore from Gray's 1874 Atlas of the United States. Covers the entire city from Gwinn's Falls to Seventh Street and from Green Mountain Cemetery to the Patapsco River. Shows proposed landfills along the water's edge. Important churches, transport hubs, and civic buildings are noted throughout. Hand colored in red, green, and yellow pastels according to city ward. Lower left features a decorative title in embellished text – uncommon for Gray who was a minimalist in this regard.

Very good condition. Even overall toning. Partial map on verso.
Looking for a high-resolution scan of this?