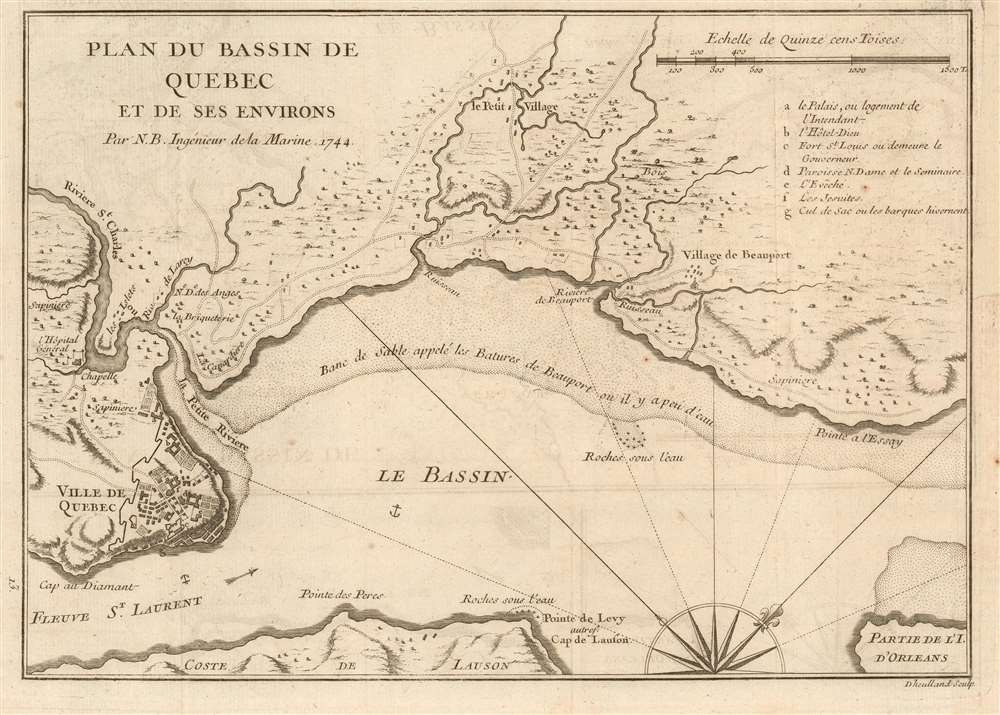 The vicinity of the Capital of Quebec in the Colonial Era

This is the 1744 Bellin/ Charlevoix map of the region along the Saint Lawrence River just upstream of the Ile d'Orleans and immediately downstream of Quebec City; effectively it is a map of the immediate vicinity of that city. In the left hand portion off rather map is a simple plan of the town and its fortifications, its outlying hospitals and chapels. Neighboring villages are shown as well, including the village of Beauport. Topography and trees are shown pictorially. Anchorages in the river are shown, as well as broad sandbanks on the northern shore.

Bellin prepared this map to be included in Pierre Francois Xavier de Charlevoix's 1744 Histoire et description generale de la Nouvelle France, one of the most comprehensive works on North America predating the French and Indian War. Charlevoix was a Jesuit missionary and traveler commissioned by the French Crown and the Duke of Orleans to explore French holdings in the Americas, and Charlevoix had spent some months in Quebec after sailing to America from France, using it as a staging ground before beginning his explorations westwards. Consequently, the mapping of this area is well-informed and detailed.

Charlevoix's Histoire et Description Generale, are well represented in OCLC. The specific map is neglected by institutional collections, with only five examples catalogued.