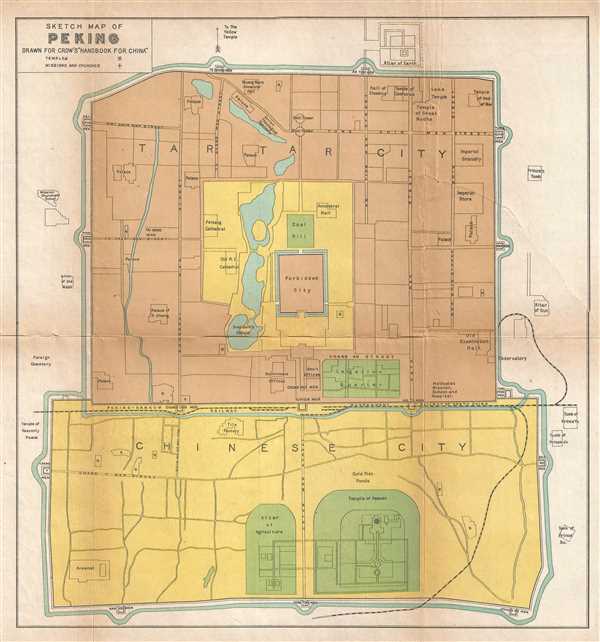 A charming map of Beijing during the Interwar Years.
$275.00

This is a 1921 Carl Crow map of Beijing (Peking), China. The map depicts the Tartar City, the Chinese City, the Imperial City and the Forbidden City as well as the immediate surroundings of these four sections of Beijing. Numerous locations throughout the map are labeled, including several palaces, temples, tombs, and altars, the Imperial Granalry, and the Imperial Store. Roads are illustrated throughout the four cities and the major thoroughfares are labeled. The Peking-Hankow Railway and the Government Railway of North China are also illustrated.