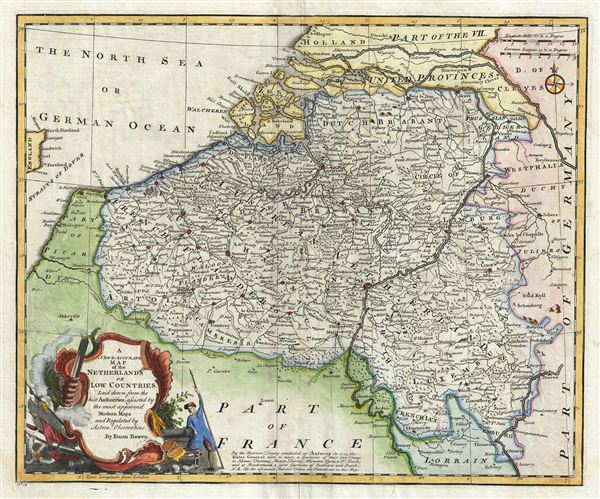 This is a beautiful 1747 map of Belgium by the British cartographer Emanuel Bowen. The map depicts Belgium and Luxembourg along with parts of Germany, France and Holland. The map notes several towns, cities, rivers, lakes, roads and a host of additional topographical features. Mountains are beautifully rendered in profile.

The map includes a note near the bottom margin referencing the third Barrier Treaty of 1715 signed in Antwerp. A beautifully illustrated title cartouche featuring a cannoneer is included the lower left quadrant. This map was prepared by Emanuel Bowen as plate no. 13 for the 1747 issue ofÂ A Complete System of Geography.