1827 Finley Map of Belgium and Luxembourg 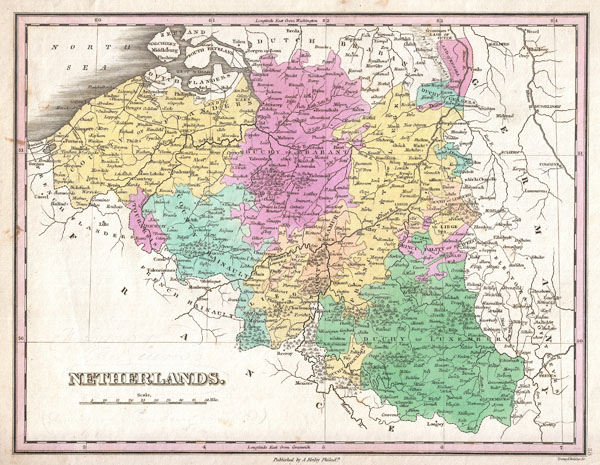 1827 Finley Map of Belgium and Luxembourg

A beautiful example of Finley's important 1827 map of Belgium and Luxembourg. The title, Netherlands, refers to the old name for Belgium, Royal Netherlands or Catholic Netherlands. Just three years following the publication of this map the 1830 Belgian Revolution would create the modern Belgian state. Covers the region from Dutch Flanders to the Duchy of Luxembourg. Identifies numerous cities, forests, river systems, swamps and canals. Title and scale in lower left quadrant. Engraved by Young and Delleker for the 1827 edition of Anthony Finley's General Atlas.