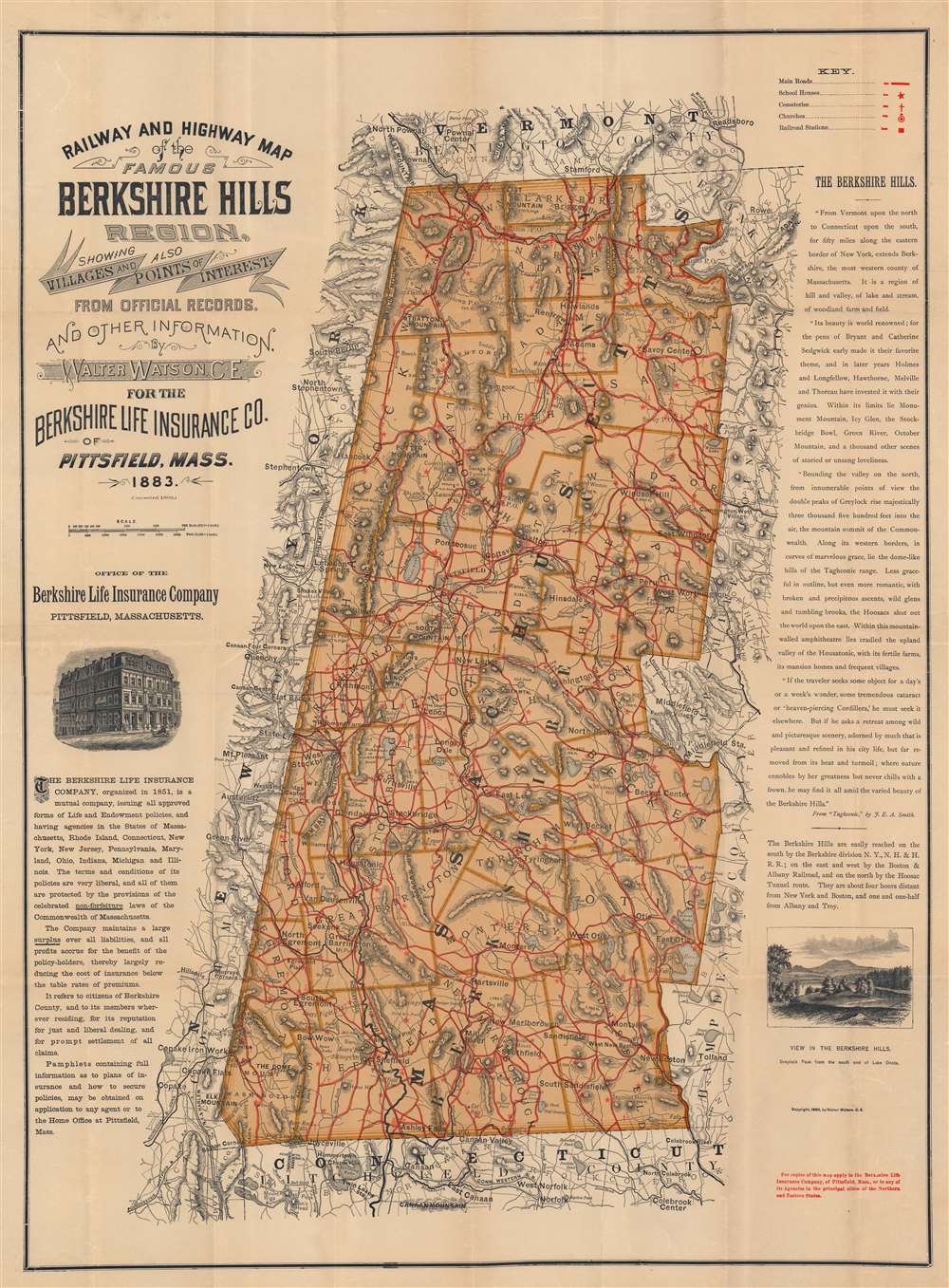 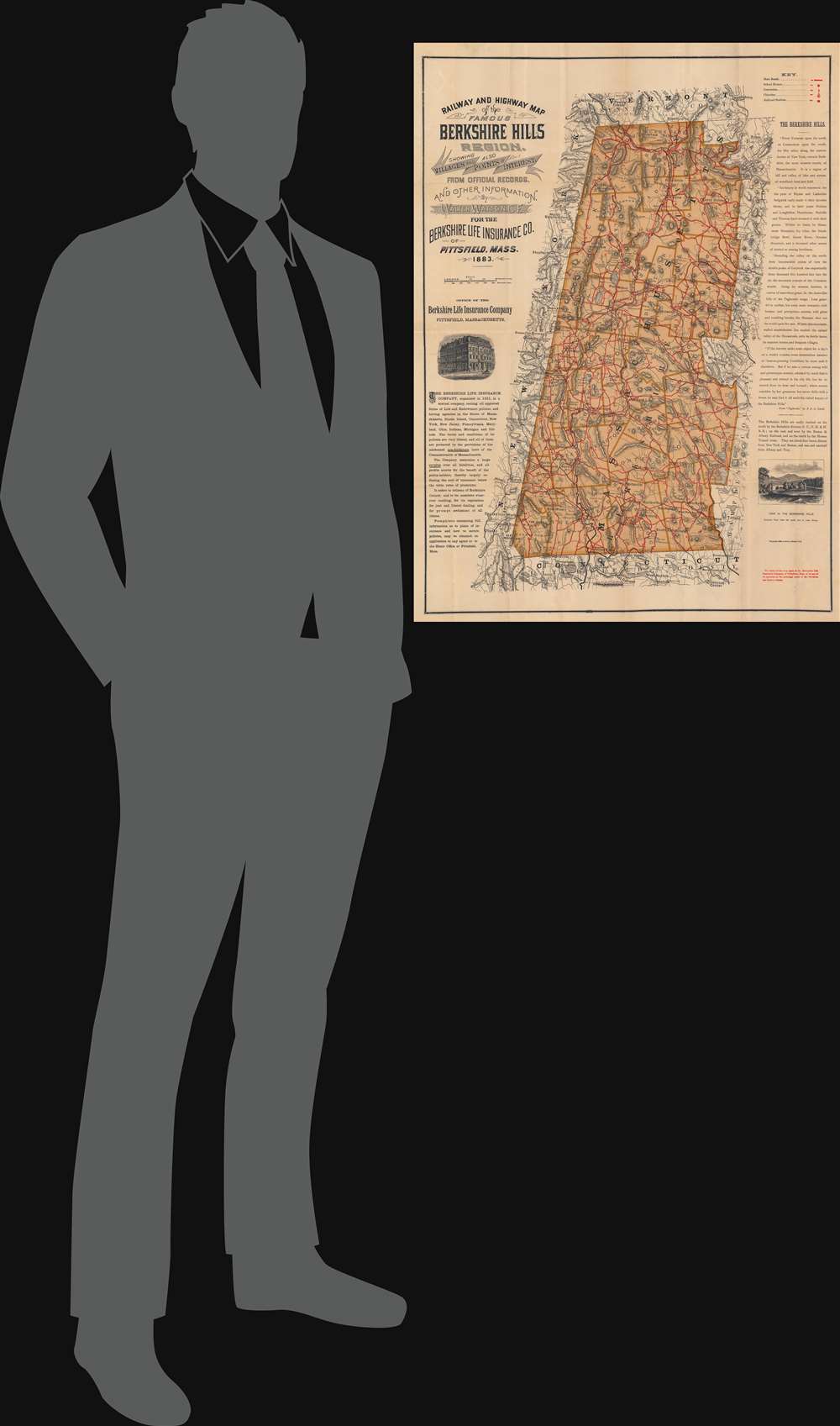 This is the 1896 Walter Watson map of the Berkshires or the Berkshire Hills, Massachusetts. Today the Berkshires are famous for their rich arts communities, summer performing arts programs, and stunning nature. Hills and mountains are identified throughout, with individual heights noted, and elevation rendered by hachure. A key in the upper right notes main roads, schoolhouses, cemeteries, churches, and railroad stations. The location of Shays' Fight, the armed uprising of 1787 near South Egremont, is noted as well.

Two beautiful illustrations are featured near the left and right borders of the map. The left illustration, of the office of the Berkshire Life Insurance Company in Pittsfield, Massachusetts, is accompanied by a paragraph about the Life Insurance Company. The right illustration is a view of Greylock Peak (the highest point in Massachusetts) from the south end of Lake Onota. Above this illustration, along the right border, the Berkshire Hills are described in an excerpt from 'Taghconic', by J. E. A. Smith.

This map was created by Walter Watson, C. E., for the Berkshire Life Insurance Company of Pittsfield, Massachusetts, first issued in 1883, and here corrected to 1896. This map is well represented in institutional collections and appears on the private market from time to time.

Walter Watson (November 17, 1858 - January 1, 1936) was an American civil engineer. Born in Alabama, Watson was living in Massachusetts by 1883. He created several maps during his career, including the Railway and Highway Map of the Famous Berkshire Hills Region, Showing Villages and also Points of Interest. He married Gertrude W. Sergeant in December 1884. Learn More...