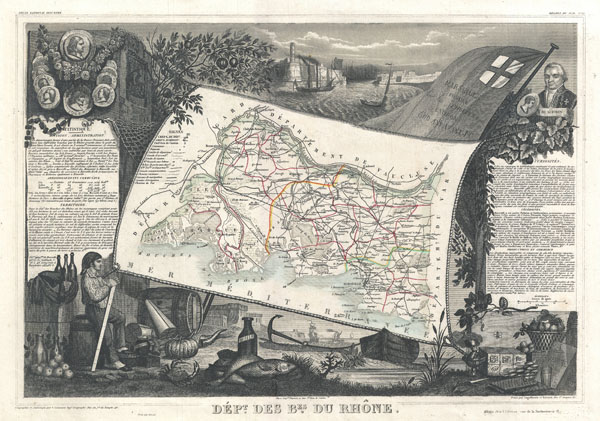 This is a fascinating 1857 map of the French department of Bes Du Rhone, France. Covers the coastal region to the north surrounding Mareseille. This area of France is known for its variety of wines. The northern sub-region produces red wines from the Syrah grape and white wines from Viognier grapes. The southern sub-region produces an array of red, white and rosé wines, often blends of several grapes such as in Châteauneuf-du-Pape. There is a short textual history of the regions depicted on both the left and right sides of the map. Published by V. Levasseur in the 1852 edition of his Atlas National de la France Illustree.